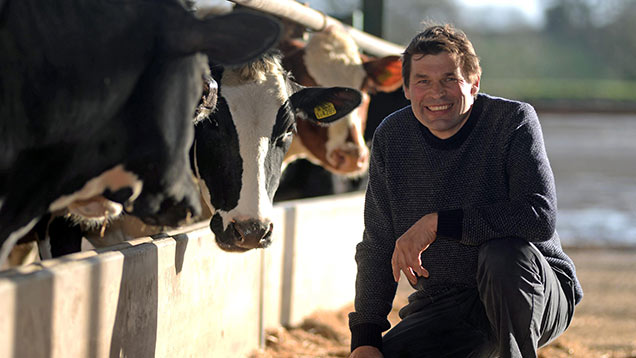 A farmer in the Gloucestershire cull zone says his dairy herd has gone clear of bovine TB for the first time in 11 years.

James Griffiths, who farms on the Herefordshire and Gloucestershire border, said he believed the pilot badger culls had played a big part in his 1,700-strong herd going clear for the first time in 11 years.

“We are still blinking in the daylight of freedom. We thought there was no chance we’d ever go TB-free,” Mr Griffiths told Farmers Weekly.

NFU president Meurig Raymond said the incidence of TB on farms in cull zones had fallen dramatically since the pilot culls began in the Gloucestershire and Somerset two years ago.

A separate study of veterinary practices, led by Gloucestershire vet Roger Blowey, has suggested a fivefold decrease in the number of TB reactors in the cull zone since early 2013.

But anti-cull campaigners hit back at claims of falling TB rates in the cull zones, saying the data is unofficial and it was far too early to assess the impact of culling on disease rates.

Mr Griffiths said his herd tested negative in November after the second year of the pilots in the county and a second TB test confirmed he was all clear last Friday (20 February).

“We have got a 700-cow holding, which is linked to another holding with 1,000 animals and both holdings have to go clear together,” he explained.

“The farm went down 11 years ago with TB. We have been testing and culling every two months since. On average we were losing three to seven cows a go and the theory was that we might have a reservoir of infection in our herd.

“A year ago, Defra insisted we had a blood test on the cows. It was very expensive, but every cow passed.

“All that suggested the testing regime was pretty effective, but the problem was the reservoir of infection in the badger population around us. Two years ago, we started lowering that level of infection and hey presto, we have gone clear.”

Mr Griffiths said his situation was “not an isolated case” and neighbouring farmers’ herds were also going clear of TB. “It’s not just me. There are herds going clear all around me.”

He added: “TB levels have dropped off a cliff. That’s good for everyone. Me, my team, the taxpayer, the cows and the badgers.

“All six culling trials in the UK have had a positive effect on TB. If you lower the reservoir of disease around you, you are going to get an immediate effect. It’s no surprise.”

However anti-cull campaigners the Humane Society International (HIS) UK dismissed the culls as “ineffective farce”.

Claire Bass, HIS UK executive director, said: “This cull fails our wildlife by subjecting badgers to inhumane shooting; it fails farmers by promising a solution to TB that simply doesn’t work; and it fails the public by wasting millions of pounds of taxpayers’ money.