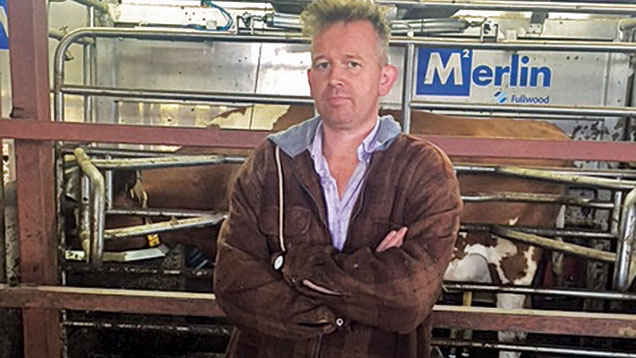 A dairy farming family’s business plans are in limbo after a devastating outbreak of bovine TB wiped out most of the herd.

Ninety Holstein-Friesian cows were removed from Woodlands Farm, near Hereford, and taken away for slaughter at the end of June.

“We are in limbo. We are losing money every day we trade,” said distraught farmer James Williams.

“Over the past seven months, we have invested £300,000 in state-of-the-art Fullwood Merlin M2 robotic milkers. But we are at the stage now where we cannot sell the herd and we cannot restructure to keep it going.”

Mr Williams, 41, said a vet from the Animal and Plant Health Agency (APHA) told him no farm was more heavily infected with TB than his. “In fact, the vet said the APHA might take the whole herd out if it considers it to be unviable,” he added.

The 172ha farm, based in Newton St Margarets, operates a closed herd. A pure Herefordshire beef bull is the only animal brought on to the farm in the past 10 years.

Although the bull cleared the TB test, it was condemned as a dangerous contact (DC) and also taken away for slaughter.

Further tests showed the condemned bull and another cow that cleared the initial test actually did have TB.

“It’s devastating for the family. We are going to have to pick up the pieces,” said Mr Williams.

“What will happen to the business in the future is unknown. Luckily, we have got a sympathetic bank manager.”

“There are badger setts on the farm. We would like to get to a point where we have healthy badgers living alongside healthy cows,” he said.

“My father is 67. He said a 25-year TB eradication programme is no good to him. Unless we roll out a fit-for-purpose strategy now, we will never eradicate this disease.”