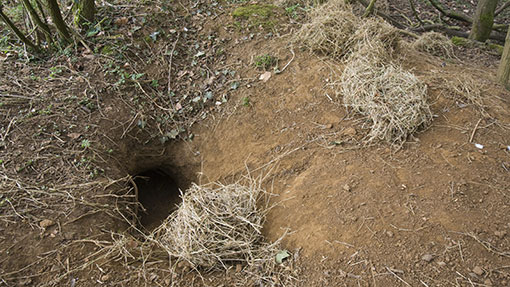 Secret trials of gassing badger setts have been ongoing for almost a year, a Freedom of Information (FoI) request has revealed.

DEFRA has been carrying out the trials at an undisclosed testing facility to assess the feasibility of carbon monoxide gassing of badger setts.

In an answer to an FoI request,submitted by the Humane Society International (HSI) UK, DEFRA admitted that it had been conducting trials to test carbond monoxide gas dispersal in badger sett structures.

However, no live animals or active setts have been used in the trials.

A spokesman for DEFRA confirmed: “Initial investigations into the use of gas as a potential culling method are taking place as set out in the 25-year strategy to free England of bovine TB, which includes plans for more sophisticated TB testing, developing cattle and oral badger vaccines, tighter cattle movement controls, badger vaccination in the buffer zone and badger culling in areas where disease is widespread.”

The gassing of badgers using cyanide was banned in this country in 1982 as it was considered inhumane.

However, the use of carbon monoxide gas has since been identified as the best possible fumigant for badgers in their setts in terms of feasibility and humaneness.

Princess Anne sparked fury among animal rights groups last month when she suggested that gassing badgers could be the “most humane way” to cull the badger population to control TB in wildlife .

HSI UK has expressed concern that DEFRA has been conducting secret gassing trials.

“Sub-lethal exposure to carbon monoxide, the gas DEFRA has been studying for the past year, caused vomiting, urination and defecation in dogs, and limb paralysis, blindness and deafness in monkeys.

“The difficulties in delivering gas to complex badger setts mean that many animals will inevitably experience sub-lethal exposure, so the potential for animal suffering is huge.”