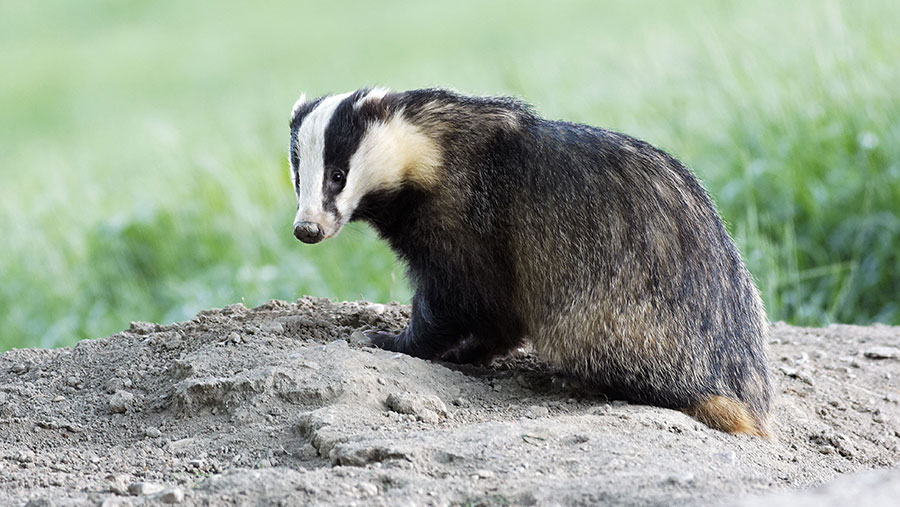 Defra’s attempts to develop an oral badger TB vaccine as an alternative measure to tackle bovine TB have been unsuccessful, farm minister George Eustice has revealed.

Mr Eustice told MPs at a parliamentary debate on TB in cattle and badgers: “I am afraid, in the end, we could not get there.”

Trials had shown that a badger’s digestive system is “too powerful and it breaks down the vaccine”, explained Mr Eustice.

He added: “All attempts to find other ways around that were unsuccessful.”

Mr Eustice, Conservative MP for Camborne and Redruth, also revealed that some badgers were hoovering up more of the bait than others.

“There would be a propensity for some badgers to take up the bait but not others, so it is not something we are working on at this stage.”

Earlier, Mr Eustice’s predecessor, Robert Goodwill, Conservative MP for Scarborough and Whitby, said research had to be curtailed into the oral vaccine because researchers “could not get a bait abrasive enough to get sufficiently into the bloodstream of the animal”.

He explained: “Badgers can be caught and the backs of their mouths scratched, getting the vaccine to work to some extent. But sadly, it is not possible to have an oral vaccine.”

Mr Goodwill said the “holy grail” would be a cattle vaccine that only protected cattle, with a blood test to differentiate between vaccinated and unvaccinated cows.

Such a vaccine is in development and could be rolled out in five years, rather than 10 years as has often been reported, the debate heard.

Mr Goodwill said Defra would only be able to eradicate bovine TB by using all the tools in the toolbox, including badger culling.

“Policy should be based on sound science and the latest research, which has shown that breakdowns have been reduced by 66% in Gloucestershire and 37% in Somerset,” he added.

“Vaccination, I am sure, has a role. But it should not replace wildlife culling. Infected badgers cannot be cured by vaccination, and those badgers cannot all be caught. Indeed, the vaccine itself is not a vaccine; it has a high failure rate.”

But shadow farm minister David Drew said the current bovine TB figures for Gloucestershire had shown an upward spike, in both prevalence and incidence.

Instead of culling badgers, he urged Defra to “push forward on different measures”, including the development of better tests than the “notoriously unreliable” skin test, which is missing infected cattle “far too often”.