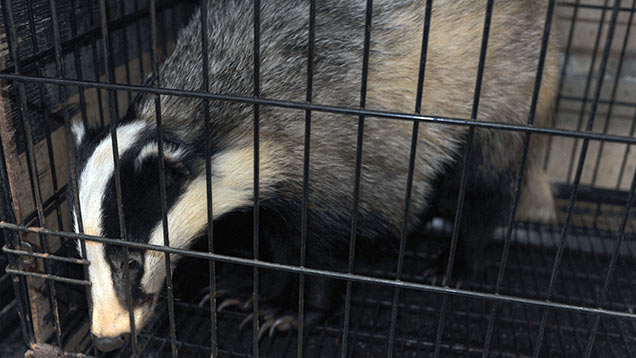 The badger culls in Dorset and Somerset have officially come to an end, Farmers Weekly can reveal.

In Dorset, the six-week badger culling operation finished at 1pm on Monday (12 October).

Marksmen had been set a minimum target of culling a minimum of 615 badgers and a maximum of 835 in Dorset.

There has been no indication from Defra whether marksmen met their targets.

But the company in charge of the culling operation has not requested an extension to the six-week culling period, suggesting the targets have been met.

NFU Dorset county chairman Trevor Cligg confirmed that culling had finished in the county, where the policy was rolled out for the first time this year by government.

“The people on the ground say the culling operation has gone well and there has not been as much disruption as anticipated,” he said.

“If they (the marksmen) had not got near their targets they would not be happy. The figures will be released by Defra in the following week or 10 days.”

In Somerset, Avon and Somerset Police withdrew its policing support for the culls in the county at 1pm on Monday (12 October), signalling the culls had also ended there.

The NFU confirmed to Farmers Weekly that culling had also finished in Somerset for this year.

Marksmen had been set a target of culling a minimum of 55 and a maximum of 524 badgers in the Somerset cull zone.

NFU Somerset county chairman James Small said: “We are moderately optimistic that culling has been successful in all points in Somerset and we await with interest the results from the other pilot area, Gloucestershire, and the rolled out area in Dorset.

“There was a level of disruption in Somerset this year, as experienced in all areas, but no more or less worse than in previous years.”

He added: “The majority of the public realise why culling is necessary. We need healthy badgers living alongside healthy cattle. There is a small minority of people who are adamantly against it.

“It has to be recognised that wildlife controls are going to play a part in the government’s 25-year programme to eradicate TB in this country. Therefore, we look forward to further rollout of the culls in other areas where this disease is rife.”

But anti-cull group Somerset Against the Badger Cull insisted the culls were “unscientific and inhumane” and would do little to control TB.

A spokesman for the group said: “There is no science in this policy at all. Massacring an entire population of badgers without ever testing a single one is ridiculous.”

Meanwhile, Farmers Weekly understands that marksmen were preparing for a final night of culling on Tuesday night (13 October) in the second pilot county of Gloucestershire.

A Defra spokesman declined to comment on the status of the culls “for operational reasons”.