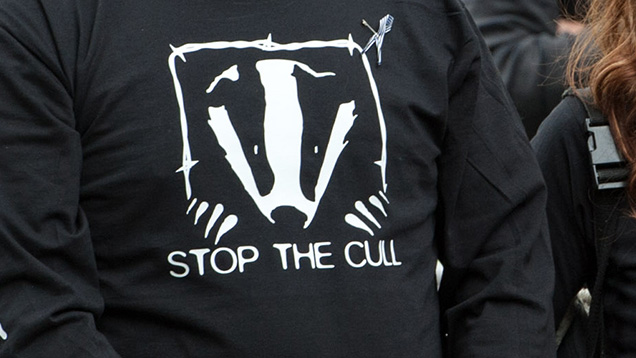 Animal rights activists who targeted the UK’s biggest asparagus grower over the badger cull are behaving disgracefully, according to the NFU.

The union accused the Stop the Cull group of carrying out a campaign of intimidation against Cobrey Farms, which is owned and run by the Chinn family.

Stop the Cull has claimed Cobrey Farms, based in Ross-on-Wye, Herefordshire, is allowing marksmen access to its land on the Herefordshire/Gloucestershire border to remove badgers as part of the government’s pilot badger cull.

In its latest campaign, under an article on its website called “M&S is toxic”, the group makes several unproven accusations about farming practices at Cobrey Farms.

In a clear sideswipe at M&S, the group has mocked up an image of a badger alongside the words: “It’s not just badger killing, it’s M&S badger killing.”

Earlier, Stop the Cull urged its supporters to write letters to M&S chief executive Marc Bolland to try to persuade his company to stop receiving asparagus from Cobrey Farms.

Farm leaders have reacted with fury to the group’s actions.

“That is no way to operate in a democratic society. Cobrey Farms is a highly professionally run farm.

“You will not get better farmers or more professional farmers producing high-quality produce anywhere in this country.

“To put up with this type of intimidation is totally unacceptable. I hope the law enforcement agencies and police take further action.”

He said: “We abhor the tactics of trying to single out people who may or may not be involved in a group effort to try to rid our countryside of a major disease.

“For individuals to be targeted like this is totally wrong. Culling [badgers] has to be done as a group area. It cannot be done in isolation.

“We have a responsibility as farmers to keep the countryside healthy and our animals healthy.

“We would hope that retailers would support us in that and rise above these scare tactics and not get involved.”

A spokesman for countryside campaigners the Country Land and Business Association (CLA) said: “This action is reprehensible. No business should face the intimidation that Cobrey Farms is experiencing.

“The attacks it faces go far beyond any definition of reasoned political debate and we expect any threatening or other criminal behaviour to be investigated as a priority.”

Cobrey Farms has not commented on Stop the Cull’s actions.

An M&S spokesman said: “Cobrey Farms is a fruit and vegetable supplier; the products we source from them are not connected to the livestock industry.

“We have no plans to stop sourcing from them.”

In May, the Stop the Cull group targeted high street coffee chain Caffe Nero over the badger cull.

Farm leaders and MPs blasted the coffee company after it bowed to pressure and stopped buying milk from farmers in cull zones, claiming the group made “serious and credible threats” against its staff.

Badger culls in Dorset, Gloucestershire and Somerset got under way at the end of August/start of September, Defra confirmed.

Last year, almost 33,000 cattle were slaughtered in the UK due to TB, costing the taxpayer an estimated £100m in compensation to farmers.