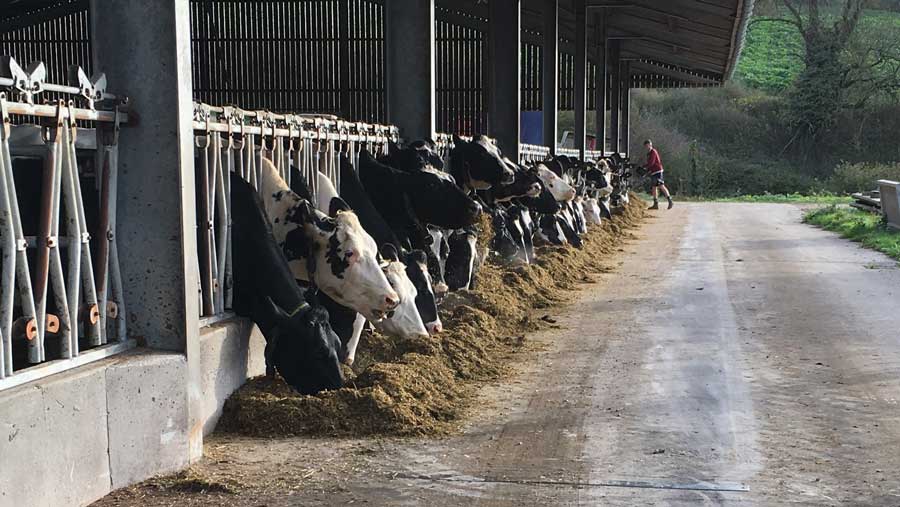 Devon-based dairy farmers Robert and Thomas Reed and their vet Dick Sibley, believe they have found a way to eradicate bovine TB in cattle without culling badgers.

In just a few years, the farm has moved from a chronically infected, permanently shut-down situation to a TB-free status.

The Gatcombe Farm project has received backing from Queen guitarist Brian May,  who says he is “100% convinced” the strategy will prove to be the beginning of eradication of TB in farm animals and in wildlife.

Dr May says further trials incorporating the Gatcombe strategy will soon begin on farms in the Gower peninsula, in south Wales. He is also seeking backing from Defra to fund a series of nationwide trials.

Farmers Weekly spoke to farm vets and TB experts to ask their views on the strategy and whether they think it will work.

“I think the current evidence, suggests that while badgers (or the environment) might be responsible for introducing TB into herds, particularly in endemic areas such as the South West, most spread within herds is due to cattle- to-cattle transmission.

“I keep mentioning ‘the environment’ because there is increasing evidence that M bovis can survive in some environments for weeks to months, meaning that it could be transported on, for example, mud, tyres, wellies etc.

“Indeed, some outbreaks in cattle appear to have no obvious cattle or wildlife source. So good biosecurity between and, particularly. on farm is going to be essential in controlling the infection – just as it is for any other infectious disease.

“The current skin tests are pretty good at detecting TB at a herd level, but not in individual animals. So in a herd with a long-term problem, extra tests (for example the gamma interferon test and/or the Actiphage test) to detect infected individual animals are essential for working out where the infection is being maintained.”

Farm vet and member of the TB Advisory Service

“Every farm has unique risk pathways for bovine TB, so one solution doesn’t fit all. On farms under TB restriction, the TB Advisory Service recognises that infected slurry is a risk, and advises farmers on ways to manage this risk.

“Many farms are TB free, so will not have cattle excreting M bovis, so slurry is not likely to be a risk on these farms. We know that in endemically infected areas, we have a source of infection in the badger population.

“The recently published Downs report concludes that reducing badger numbers can decrease the number of new cattle TB breakdowns, likely to be as a result of decreasing the number of badger to cattle interactions at grazing and contamination of feed and water.

“The skin test Mr May criticises has a very high specificity – put simply, this mean that we can be 99.98% certain a skin test reactor has TB. But he is quite correct in that the test has poor sensitivity, meaning that the test only identifies 50-80% of TB infected cattle each time.

“I am excited at the new tests that are in the pipeline, but we need more research to understand the specificity and sensitivity of them, so as to know where they fit into a farm’s control plan.”

Devon suckler beef producer and co-founder of Ladies in Beef

“We have to wait for the results of an Apha research project into the level of bovine TB bacteria in cattle faeces to determine how much of a risk it can be. Indeed, a recent Apha survey on grazing systems and slurry/manure management, found that 68% of all cattle farms surveyed, do not spread slurry on their land.

“Meanwhile, we are seeing a very substantial drop in TB incidence in the South West. The government badger culling policy to reduce population density is conclusively working – with irrefutable, independent scientific evidence in the Downs report, that culling reduces TB in cattle and badgers.”

“The Gatcombe Farm project is hugely important because it shows that, at least on this farm, it has proved possible to get rid of TB in cattle by focusing on the cattle and not the badgers.

“All the experts agree that most new infections are likely to be caused by cattle-to-cattle transmission and this project confirms that bearing down on this source can eliminate the disease.

“It is also striking how much TB there is in slurry. This could well be a source of infection for badgers (as well as cattle). There is a lot of talk about badgers infecting cattle, but as Gatcombe shows, there may be more infection going the other way. I hope Defra extends the Gatcombe approach so we can find out how effective it is in a range of farms.”

(Source: Dr Andrew Robertson, a scientist at the University of Exeter working on bovine TB)