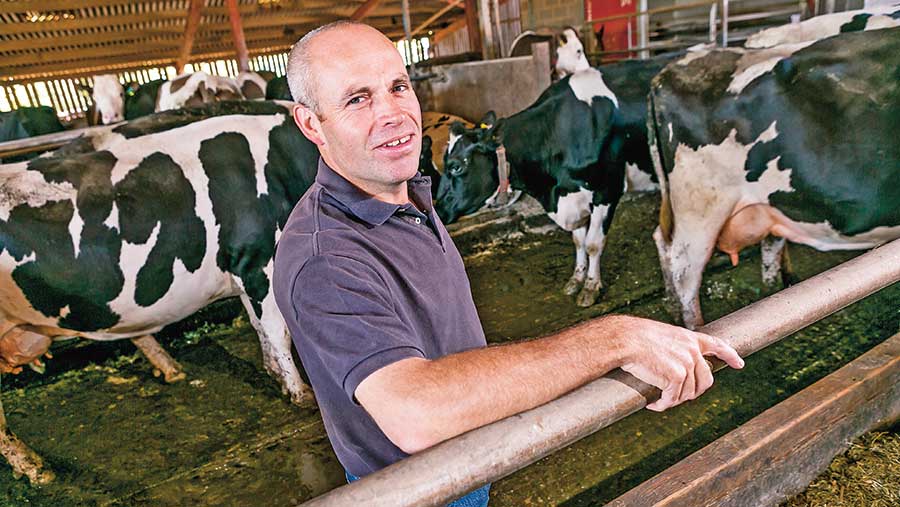 A farmer who lost more than 20 cattle to bovine TB says he stands to lose more than £15,000 because official compensation levels fail to reflect the animals’ true value.

Mr Davies will receive about £800 in compensation for each animal, but he says the true market value is about £1,500.

Defra uses market prices to calculate compensation for cattle culled to control the spread of bovine TB. Values are based on the average market price for the same category of cattle.

But Mr Davies said: “Until this happened, I had no idea how wildly inaccurate the tabular values are.

“If they were beef cattle, the values don’t look bad. But these are all 18-month-old pedigree dairy cattle – all Johne’s-free and BVD-free, and all carrying heifer calves.”

“For the money I will receive for 22 cattle I will be able to buy about 12 or 13 replacements – if they are available. Finding cattle like that is not easy.

“Also, we have been a closed herd for 20 years, so buying in is a little unpalatable for me.”

The farm had barely recovered from its last TB hit almost 10 years ago, he added. “The children were devastated when they came home and found out the news.”

See also: How to badger-proof your farm

Mr Davies, who won the Farmers Weekly Mixed Farmer of the Year award in 2016, said something was “seriously awry” when farmers faced having to replace valuable livestock with inadequate compensation.

“The whole business of bovine TB is ghastly,” he said. “The financial implications just add to that.

“The emotional toll is absolutely terrible. I am sure other people have had worse than us – and there are others worse off than us – but this is our worst single hit.”

If there isn’t enough sales data for a particular category of cattle in any month, Defra says compensation is determined by using the most recently available table value or a valuation provided by a government-appointed valuer.