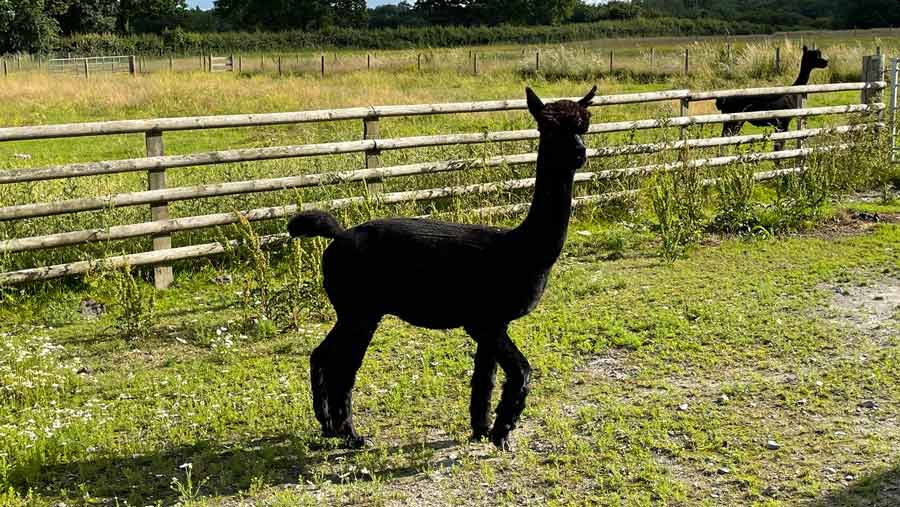 A farmer who lost an 11th-hour bid to save her prized alpaca has vowed to stand in the way of any gunman who comes to destroy him.

Helen Macdonald has been left devastated after a High Court judge dismissed her appeal and ruled that he should be euthanised.

Geronimo, an eight-year-old alpaca from Taumarunui, New Zealand, was imported into the UK in 2017 from a TB-free herd with the highest health status.

See also: Farmer in bovine TB fight with Defra to save alpaca

But that same year, he failed two voluntary Enferplex (blood) surveillance tests as part of best practice promoted by the camelid industry. And he has been kept in isolation ever since.

Ms Macdonald has always insisted that the tests were “false positives” because of multiple priming of tuberculin – an inactivated strain of Mycobacterium bovis that is used in skin tests to detect bovine TB – over many years.

But Defra has rejected her claims and insisted that the Enferplex test is highly specific, meaning that the chances of a false positive result is just 0.34%.

A second warrant to execute the alpaca came into effect on Thursday (5 August). It means Defra has a “kill window” of 30 days and it can legally enter Ms Macdonald’s farm in south Gloucestershire to put down the alpaca.

Speaking publicly for the first time about the situation, Defra secretary George Eustice said: “My own family have a pedigree herd of South Devon cattle and we have lost cows to TB, so I know how distressing it can be and have huge sympathy for farmers who suffer loss.

“I have looked at this case several times over the past three years, and gone through all of the evidence with the chief vet and other experts in detail. Sadly, Geronimo has tested positive twice using a highly specific and reliable test.”

Chief vet Christine Middlemiss said: “While I sympathise with Ms Macdonald’s situation, we need to follow the scientific evidence and cull animals that have tested positive for TB, to minimise spread of this insidious disease, and ultimately to eradicate the biggest threat to animal health in this country.

“The tests used on Geronimo were developed for use on alpacas and are highly specific – the chances of a false positive are significantly less than 1% and we have tested him twice. Not just for the benefit of our farming industry but to avoid more TB cases in humans, our disease control measures must be applied.”

Ms Macdonald has asked both Mr Eustice and Boris Johnson to personally intervene to save her alpaca.

She told national media that she would “stand in the way of any gunman who comes to destroy Geronimo”.

More than 80,000 people have now signed the Change.org petition asking Mr Johnson to stop the execution. Celebrities including Chris Packham and Joanna Lumley have added their names to the plea.