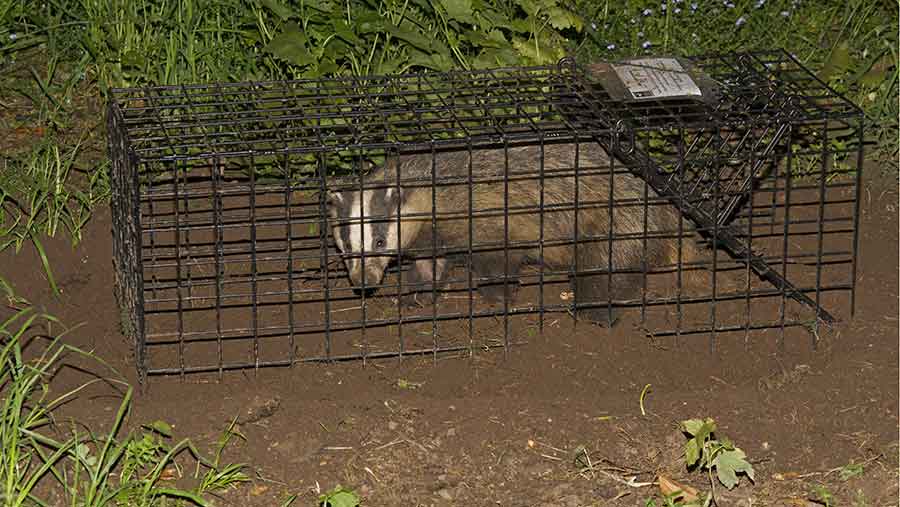 Farmers’ groups have submitted 29 applications for licences to cull badgers as part of efforts to tackle bovine TB.

Natural England said it had received the applications or expressions of interest for a badger control licence in a number of English counties where TB is rife.

In total, 25 of the applications have been submitted from farmer-led groups in the South West.

The culls will continue in Gloucestershire and Somerset for a third year this summer. Meanwhile, the second year of culling is due to take place in Dorset, the only county that Defra chose to extend the policy to last year.

Defra secretary Liz Truss has repeatedly vowed to extend the government’s culling operation to more counties as part of a 25-year plan to eradicate TB in this country.

These cover areas ranging from 135sq km to 655sq km, with the average area being approximately 330sq km.

Details of the exact locations where applications have been made have not been revealed in order to protect the livelihood of farmers amid fears anti-cull activists will target their businesses.

In a statement, Natural England said it would “not give further information on these applications or expressions of interest”.

Following Defra guidance to Natural England, the public has been given the opportunity to comment on the badger control licence applications in a consultation, which is due to close on 16 March 2016.

Both Defra and the NFU have insisted that the culling of badgers, to remove the reservoir of disease in wildlife in areas where TB is rife, is necessary to eliminate bovine TB.

NFU president Meurig Raymond said: “Bovine TB is endemic across the South West of England, large parts of the midlands and beyond. It is vital we do everything we can to tackle this disease to stop it spreading further and causing more misery for farming family businesses.

“Only by using every option at our disposal will we stand a chance of controlling and eradicating this devastating disease and achieving what everybody wants – a TB-free England. That is why it is important that the government’s TB eradication strategy is implemented in full as soon as possible.

“The fact that so many areas have expressed an interest shows how widespread the bovine TB problem is and how urgently it needs to be dealt with. It also shows that farmers and landowners support the government policy and are committed to playing their part in tackling this terrible disease.”

But opponents, including the Badger Trust, say the culling methods used of shooting free roaming badgers and cage trapping and shooting badgers are ineffective and inhumane and a waste of taxpayers’ money. Instead, they have urged Defra to focus on vaccination, greater biosecurity and tighter cattle movement controls.

Farmers accused the government of reneging on its election pledges to extend the cull to new areas where TB is rife by rejecting the applications.

Natural England said it would take account of any representations received before any decision to grant a licence is made.

Submissions can be completed online or in writing to: Natural England, BM 6283, London WC1N 3XX or BTB@naturalengland.org.uk.

According to Defra, last year 32,859 cattle were slaughtered in the UK due to TB, devastating farm livelihoods and costing the taxpayer more than £100m in compensation.