Queen guitarist and animal rights campaigner Brian May has shared with Farmers Weekly in some detail how, working with vet Dick Sibley, he has helped a Devon dairy farm regain its TB-free status. Executive editor Philip Clarke evaluates some of their conclusions. 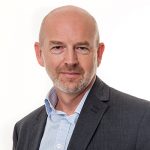 Dr May tells a compelling story. The theory he subscribes to is that the true source of TB contamination is the cows themselves – with exposure to faeces from animals that are shedding the disease being the real cause of repeated TB breakdowns.

By eliminating these so-called “shedders” and clamping down on slurry management, the Gatcombe herd is now free of the disease, without having to kill a single one of the farm’s TB-infected badgers.

So convinced is Dr May by this experience, he is now questioning the whole validity of vaccination as a TB control measure. He has, of course, been long opposed to the culling of badgers.

It’s thought-provoking stuff. But does the Gatcombe project prove that slurry ingestion is the primary cause of bovine TB? It does not.

This is just one trial on one farm, with admittedly interesting results.

Does it show that badger vaccination is a waste of time? It does not – though most scientists accept that vaccination has limited effectiveness anyway, except to provide a buffer to further infection.

Does it prove that badgers are an innocent party and culling them is unjustified? It does not.

Even the British Veterinary Association accepts that badger culling can play a significant part in TB control, a point that was reinforced by last year’s Godfray review.

More recently, the independent Downs review has shown that, after four years of culling, the TB incidence rate in the Gloucestershire and Somerset cull zones has dropped by 66% and 37% respectively.

Dr May and other badger protection groups have been quick to rubbish these findings, pointing to a recent freedom of information request, which shows the incidence rate actually increased in the Gloucestershire cull zone in 2018 – by 130%.

But their conclusion that this justifies an immediate cessation of badger culling is unfounded.

For a start, the sudden increase in Gloucestershire followed a significant downturn the previous year, suggesting it might just be a blip.

It is also evident that disease levels do vary seasonally, while, with the number of herds affected by TB in the cull zones now relatively small, year-to-year fluctuations will happen.

Even allowing for the apparent increase in Gloucestershire in 2018, the incidence rate is still lower than in the three years before culling started in 2013, while the latest figures for Somerset and Dorset show a continuing drop in TB incidence.

Despite all this, there are still questions to be answered and Defra needs to come up with a convincing explanation of what has caused this “blip”.

It is also clear that the whole area of faecal contamination is one which warrants further investigation.

Yes, bovine TB is a highly complex disease and a multi-faceted approach to its control is essential.

But, as the Gatcombe experience suggests, more accurate testing is essential and slurry management needs to be taken more seriously as part of the overall toolkit.

It has long been recognised that slurry can play a part in the spread of bovine TB.

Indeed, an Exeter University factsheet suggests the bacteria can survive for up to six months in stored slurry.

As such, government funding should be allocated for a more widespread trial into slurry as a transmission route for TB, along the lines already investigated at Gatcombe.