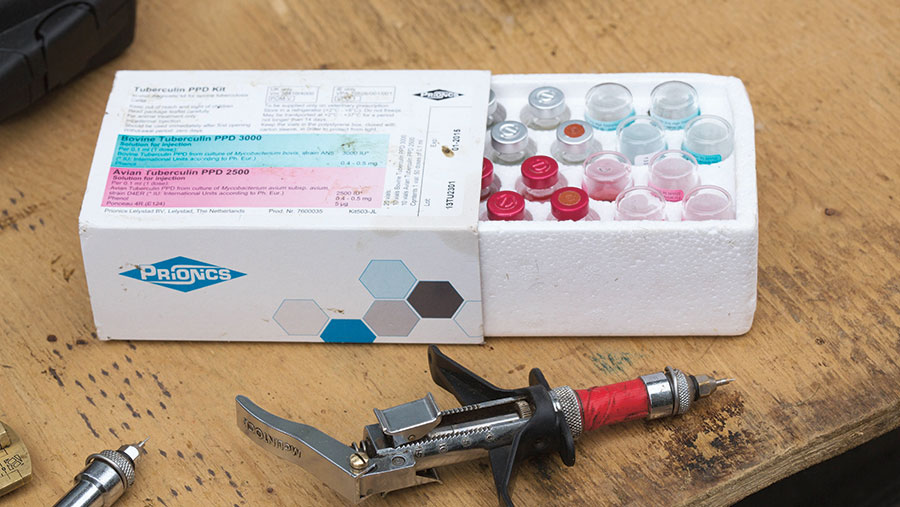 Genome sequencing could help farmers better understand what is causing TB breakdowns within their herds so they can create bespoke control programmes to tackle the infection.

It is one of two major areas of research being investigated at Aberystwyth University’s Centre of Excellence for Bovine TB – alongside developing a better understanding of how cattle’s immunity responds to infection so they can develop better diagnostic tests.

Genotyping is the process of determining which genetic variants an individual possesses, while genome sequencing determines the complete DNA sequence.

Speaking to Farmers Weekly at the Royal Welsh Show on Monday (22 July), Glyn Hewinson, a world-renowned expert on bovine TB and head of the Centre of Excellence for Bovine TB at Aberystwyth University, said:

“For a number of years, we have been using genotyping to understand different strains of the disease (known as spoligotyping), so you can tell where the disease may have come from.”

Spoligotyping helps show when cattle movements may have spread TB to other regions of the UK and was used as evidence to assure the EU that every breakdown in Scotland was linked to the movement of cattle, thus gaining Scotland TB-free status.

However, the use of genotyping is limited in disease profiling at a local level.

“Part of the problem with disease control is it tends to be a one-size-fits-all approach when you look at national strategies, but what is really important is what’s happening at a local level.”

Once the strain is established, farmers could tailor their approach to TB control depending on disease transmission on their farm. This could have big advantages in the fight against the disease, said Prof Hewinson.

The centre is working closely with the Animal and Plant Health Agency to identify local strains and hope the information will be available more widely to farmers in the next 12 months.

Prof Hewinson said he hoped the centre would also act as a “catalyst” to collaborative working between industry players in Wales and provide impartial advice for farmers and vets.

On 17 September, the centre will hold its first annual TB conference, to give farmers a better understanding of the current diagnostic tests and future innovations.

The conference costs £75 a ticket. To register your interest, email tbcstaff@aber.ac.uk