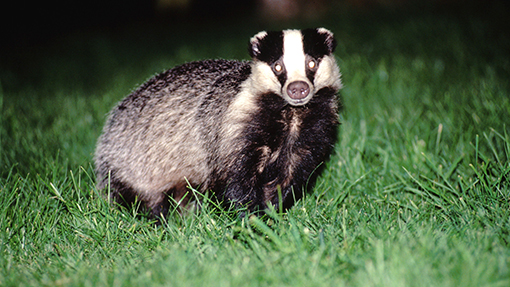 A leaked report on the second year of the badger cull in Gloucestershire claims marksmen failed to achieve their targets.

Shooters were given a target of removing a minimum of 615 badgers in Gloucestershire and 315 in Somerset.

According to the Humane Society International (HSI) UK, only 253 badgers were removed in Gloucestershire – 362 animals short of the minimum kill target of 615.

In Somerset, marksmen only just achieved the minimum target of 315 badgers, the animal welfare charity claimed.

The figures were revealed by a source at Natural England to Team Badger, a coalition of animal rights and wildlife welfare groups, of which HSI UK is a key member.

Wendy Higgins, communications director for HSI UK, said the culls had been a “miserable failure”.

But Mr Guest insisted that overall the second year of culling had been “successful” in Gloucestershire – and there were no plans to apply to Natural England for a culling extension.

Mr Guest said Defra would publish details of cull numbers in about a fortnight after the figures have been independently audited.

Last year, marksmen removed 921 badgers in Gloucestershire and 940 in Somerset, falling short of their targets to remove at least 70% of the estimated badger population in each county.

In both areas, the removal of at least 70% of badgers must be achieved during the six-week licensing period to avoid the “perturbation effect”, whereby infected badgers fleee the cull zone and spread TB to other areas.

The pilots are testing whether the “free shooting” of badgers is a safe, effective and humane method of removing badgers.

The culls are part of government plans to eradicate bovine TB in this country within 25 years.

A Natural England spokesman said: “Defra will publish final numbers of badgers culled once they have been audited. We have no comment to make on the numbers that HSI are reporting until these final figures are produced.”


A Defra spokesman said: “It’s far too early and unhelpful to speculate on figures – they still need to be independently audited along with other elements of the culls. The humaneness of the culls will also be reviewed and signed off by the chief veterinary officer.


“But the fact remains that England has the highest incidence of bovine TB in Europe and doing nothing is not an option. We need to protect our beef and dairy industries, and our nation’s food security.


“That is why we are pursuing a comprehensive strategy to deal with the disease, supported by leading vets, which includes cattle movement controls, vaccinating badgers in the edge area and culling badgers where TB is rife.”