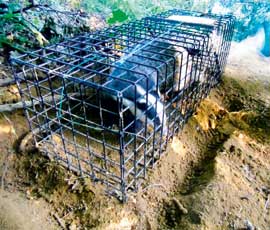 Natural England has approved an eight-week extension to the pilot badger cull in Gloucestershire amid the threat of renewed legal action to stop the cull by the Badger Trust.

The decision to extend the licence was announced on Wednesday (23 October) after more than a week of discussions between officials at DEFRA, the NFU and Natural England.

A spokesman for licensing body Natural England said: “We are granting a licence extension to the pilot cull in Gloucestershire.

“It is for eight weeks, which takes us to 18 December. The minimum number of badgers to be killed is being set at 540 and the maximum is 940.”

The original six-week culling licence expired on 15 October, with marksmen removing 708 badgers, which, according to DEFRA, represents about 30% of the estimated local population of 2,350 badgers.

Cull company Gloscon applied to Natural England for an extension to the licence in a bid to meet the original target of a minimum 70% kill.

Badger Trust spokesman Jack Reedy said the charity is mounting a legal challenge to stop the pilot cull from continuing in Gloucestershire.

“Our lawyers, Bindmans, started the process of a legal challenge by sending a letter before action to DEFRA and Natural England,” said Mr Reedy.

“We will have to make a formal statement – a skeleton argument – which will state the legal measures we hope will lead to either a judicial review in the High Court or an injunction.”

The trust said its challenge would be based on the grounds that more than doubling the original six-week culling period by adding eight weeks would be “illegal”.

The letter includes comments from ministers and officials, including DEFRA secretary Owen Paterson, stating that the cull should be restricted to a maximum of six weeks.

Because only 30% of the badger population in the zone has been removed, the pilot had “met its purpose in testing the ‘effectiveness’ of culling… and shown it not to be effective”, said the letter.

DEFRA has declined to comment on the letter for “legal reasons”.

Earlier this month, Natural England granted a licence to extend the pilot cull in Somerset until 1 November after marksmen culled 850 badgers, about 60% of the local badger population.

A DEFRA spokesman said: “Natural England’s decision will enable the cull company to remove more badgers and make a bigger contribution to reducing this terrible disease that is causing misery for farmers in the area.


“This follows the advice from the chief vet that if more badgers are removed in the first year of the cull, we will see greater and quicker reductions in TB in that area.”