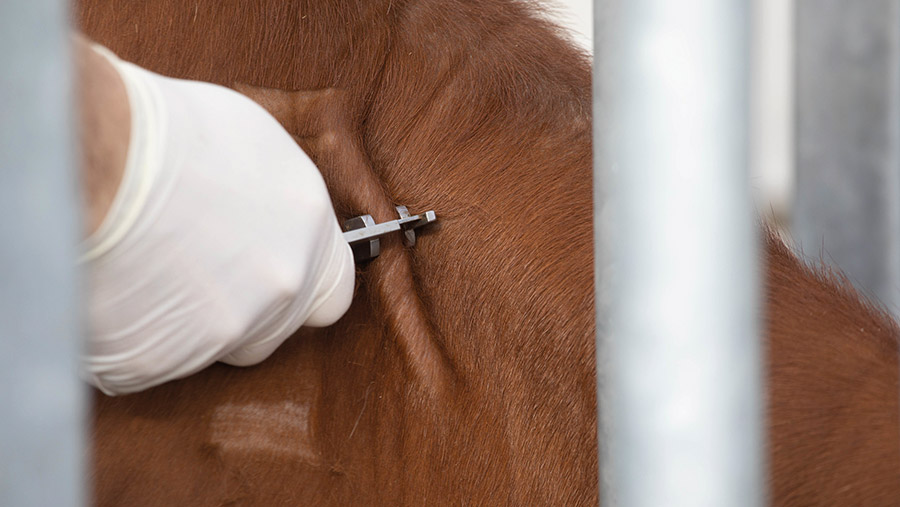 Five years ago, the Welsh government challenged farmers to take control of TB herd breakdowns by improving their on-farm biosecurity.

To encourage the improvements, it set up a scheme that paid for a vet of the farmer’s choice to visit for three hours and make recommendations.

As Cymorth TB enters its sixth year, a vet and a farmer share their experiences of the scheme.

However, even with three hours of free advice it is a hard sell, Mr Griffin admits.

Only 763 farmers have taken advantage of the scheme since it was launched in November 2015.

One source of resistance is confusion with the Disease Report Form (DRF) that farmers receive from the Animal and Plant Health Agency (Apha) after a breakdown.

“Farmers see it as a duplication but the DRF deals with the legislation while we help them see where the disease transmission issues are,” Mr Griffin explains.

A Cymorth TB assessment investigates everything from cattle movements and contiguous threats, to slurry management and contact with wildlife.

The assessment can often highlight two or three potential causes.

“This is the key point. TB is like a jigsaw puzzle,’’ says Mr Griffin. “During the farm walk you are looking for clues and both the farmer and I have had eureka moments when suddenly the pathway of transmission is clear.”

Vets share valuable information with farmers and give them pointers, with often small things making a huge difference.

But there can be a gap between the advice given and farmers acting on it.

This is where the relationship between the farmer and their private vet is paramount, if recommendations are going to work on farm.

The cost of implementing these recommendations can be an issue – vets must give their clients achievable goals, says Mr Griffin.

Of the farmers who follow the vet’s advice, he reckons about half see an improvement.

He puts that down to TB being a complex disease, with residual infection in herds a greater issue than previously thought.

“In the case of TB, no vet wants to be putting green tags in cows’ ears. We want our farmers to have sustainable businesses,” he says.

Abi Reader, Goldsland Farm, Wenvoe
When her family’s dairy herd experienced a TB breakdown in May 2019, Abi Reader felt a loss of control.

The removal of 14 cows and a stock bull was her first encounter with TB in 10 years.

Cymorth TB offered her a chance to regain that control. 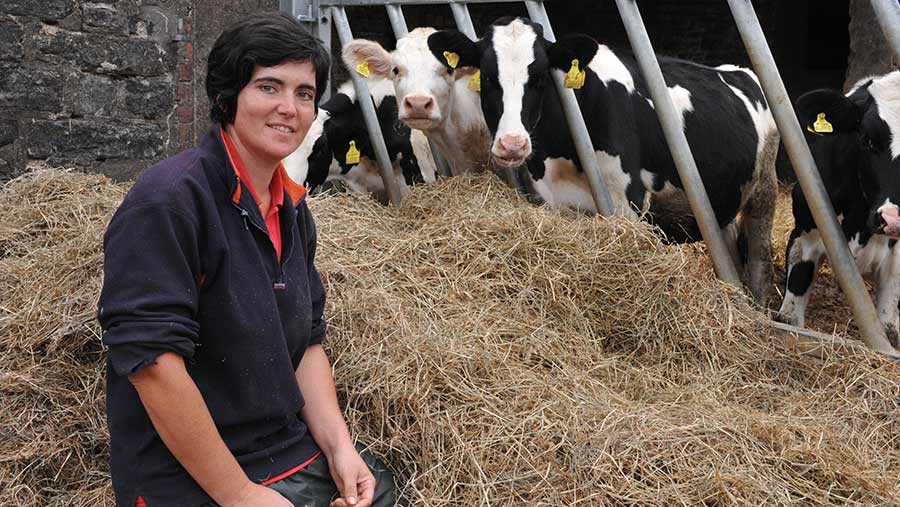 The opportunity to work with her own vet, Morgan Richards of South Wales Farm Vets, was important.

“Morgan understands our herd more than anyone. Her opinion mattered to me,” Ms Reader says. “She was genuinely interested in helping us resolve the situation.”

Cattle movements were ruled out as it was a closed herd and she believed all grazing fields that bordered neighbouring land were double-fenced.

However, the assessment drew her attention to some silage fields that had been grazed during very dry weather and which were not double-fenced.

Ms Richards also advised raising a water trough sited next to woodland, to move it out of the reach of badgers.

Stock-proofing the yard was recommended too, but proved a bigger challenge.

“There were certain things that we could do but there was no way we could badger-proof it all,” says Ms Reader.

She chose not to replace the stock bull, opting to do all breeding by artificial insemination.

“TB is an invisible enemy. You have to do anything you can and Cymorth TB is one tool that could make a difference,” she says.

What is Cymorth TB?

It is difficult to measure how successful or otherwise Cymorth TB has been.

Benefits are aimed at the medium to long term rather than a quick fix – and this could be a reason for the low take-up.

However, while numbers alone suggest take-up has been low the Welsh Government has no plans to abandon Cymorth TB.

It is now working with private vets and others to consider how to make the offer more relevant and attractive to farmers.

Farmers must also now actively opt out of the programme rather than opt in.

Analysis of TB test data gathered from individual herds over a number of years could hold the key to dealing with residual infection.

Vets and farmers from South East and South West Wales are working with MV Diagnostics to focus on the potential impact of residual infection.

Neil Watt of MV Diagnostics is collating historic TB test data from participating herds in both regions, and running them through an algorithm developed from extensive analysis of thousands of TB-free and TB breakdown herds in Wales and England.

Ms Reader, one of the participating farmers, says the aim is to pinpoint problematic animals within a herd.

She says: “We’ve all had that animal that was a ‘near miss’, but how risky was she?’’

This new approach allows farmers and their vets to have valuable information for the sustainable management of risky animals, similar to the approach used in Johne’s control.

Cows are rated according to potential risk, with breeding decisions, management and culling based on the data.

Those involved in the pilot hope this management tool could be offered as part of Cymorth TB.