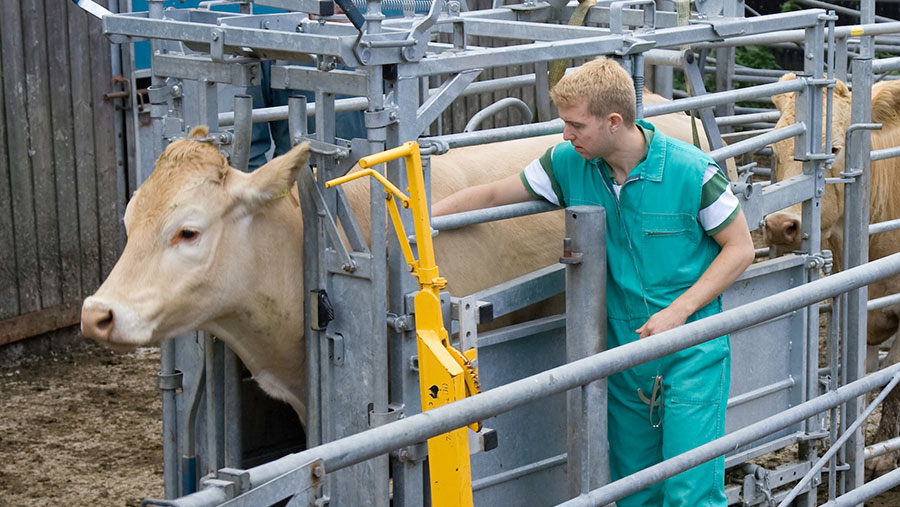 Cattle slaughtered in Wales after reacting positively to a blood test used for detecting bovine TB have more than doubled according to the latest government statistics.

This was against a backdrop of a 20% fall in new herd breakdowns.

In that period, 2,584 more cattle were slaughtered overall so the test was directly responsible for 60% of that increase.

The gamma test, which can identify infected animals at an earlier stage than the conventional skin test, is now being used more widely to detect disease in herds that experience persistent breakdowns.

Pembrokeshire, Carmarthen and Clwyd saw the largest numbers of cattle slaughtered in the year to September 2016 in Wales. All three countries have high levels of TB.

In a report, the Welsh government accepts gamma testing is a principal reason for this sharp rise, but suggests other factors are at play too.

New TB cattle controls in Wales include a herd needing two clear tests before it is declared free of the disease.

More inconclusive reactors (IRs) are being removed from herds too. And higher levels of infection in some areas are not discounted.

Wales’s rural affairs secretary, Lesley Griffiths, believes the gamma test is one of the government’s most important tools for eliminating TB from infected herds.

Used alongside the skin test, it improves the likelihood of infected cattle being identified, she said.

“It may also detect infection even earlier which helps us identify infected cattle before they go on to infect others,” said Ms Griffiths.

The test will continue to be used “strategically” to complement’ other controls, she added.

Farmers have reservations about the test, not least because of its potential to identify more false positives than the skin test.

But NFU Cymru said farmers also recognised gamma testing can be useful in helping to quickly eliminate disease once infection is found.

“NFU Cymru recognises the need for a balance to be struck,” the union said in its response to the recent government consultation on proposals to refresh Wales’ TB eradication programme.

“The most important point is that Animal and Plant Health Agency explains the process and ensures that the farmer fully understands the decision-making process and the role that the gamma test can play.”