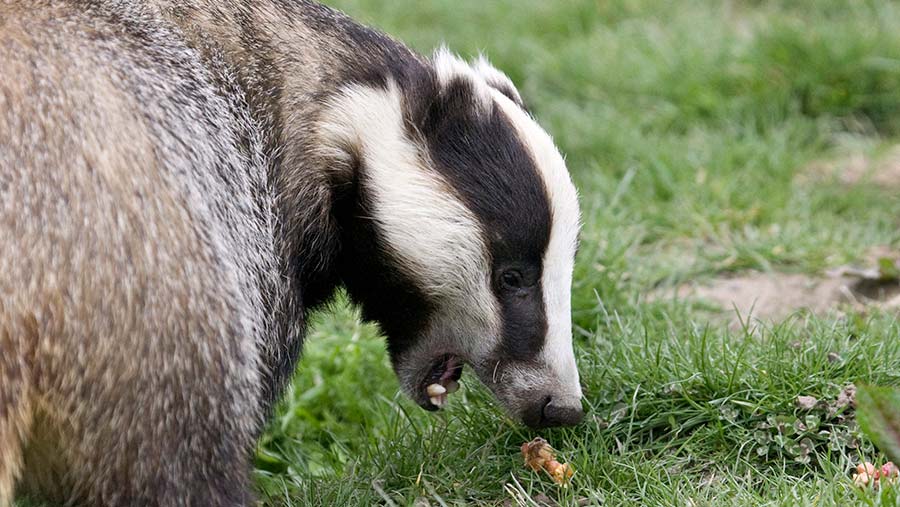 Natural England has received applications or expressions of interests (EOI) from farmer-led groups to cull badgers in new areas in six English counties later this autumn as part of industry efforts to tackle bovine TB.

For the first time, the farmer-led organisations are seeking permission to remove badgers in the edge-area county of Northamptonshire.

An industry source close to the applications told Farmers Weekly: “Farmers in Northamptonshire have known for a number of years that TB is spreading fast and was coming to their county.

“The situation has now got bad enough that they feel they must do something to tackle the disease in wildlife to prevent further outbreaks in cattle herds.”

The other applications or EOI have been submitted for Devon, Cornwall, Cheshire and Derbyshire.

Farmer-led groups have been culling badgers in Devon and Cornwall for several years. But Farmers Weekly has been told that the new applications for these counties face challenges within the areas.

“It’s important that these areas are treated sensitively because they have a very large National Trust presence, particularly in Cornwall, and we need to find a method of dealing with that,” said the source.

The National Trust, which is the UK’s biggest private landowner and has more than 1,350 farming tenants, has said that it will not allow the culling of badgers to take place on its land.

These are applications for licences for areas that have all successfully completed a licensed four-year intensive cull.

Defra has announced that Natural England will no longer issue any new badger control licences after 2022, as part of its plans to phase out badger culling over five years and replace it with vaccination of badgers and eventually cattle, if trials currently under way in England and Wales prove successful.

It is unclear whether Defra will ask farmers to fund or part fund badger vaccination – and how farmers would react to such a request.

The opportunity to comment on both sets of applications will close on 21 February 2022.

The Farmers’ Union of Wales (FUW) has expressed extreme concern that the recent Welsh government Refreshed TB Eradication Programme consultation has been produced without any assessment of the ground-level impacts of the proposals.

One area of particular concern to FUW members is the proposal to significantly reduce the compensation paid for cattle compulsorily slaughtered as part of the Welsh Government’s TB Programme.

“The proposal to move to average table values for TB compensation would have reduced the compensation received by the industry in 2020-21 by about £5m,” said Dr Hazel Wright, FUW senior policy officer.

“However, the administrative and financial costs of gathering cattle more often, paying for additional tests and losing more stock have not been considered within the proposals.

“Without a proper impact assessment, it is difficult to determine the true cost of these proposals to the industry and it leads to an unbalanced consultation, which does a tremendous disservice to the Welsh cattle sector.”