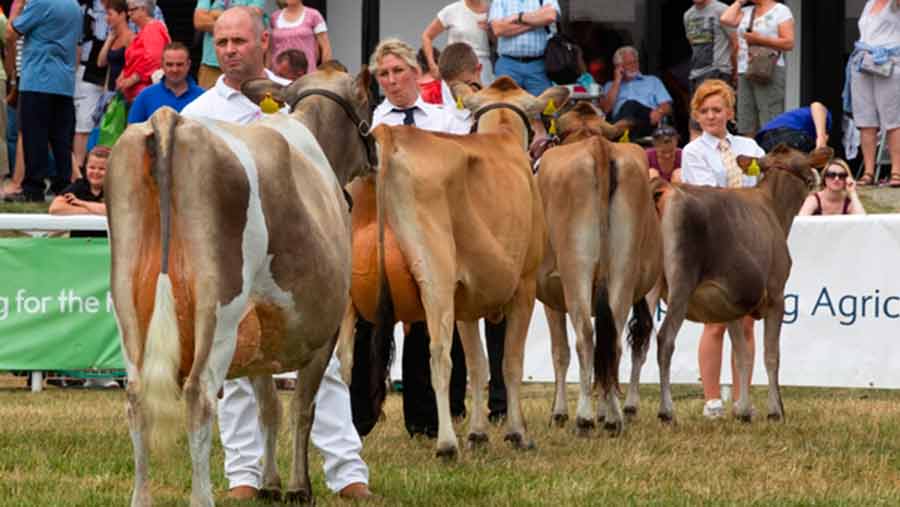 Agricultural shows are feeling the effects of new TB post-movement testing rules with some seeing significant drops in cattle entries as a result.

The rules, which came into effect on 6 April, require cattle moved from herds in the Low Risk Area of England (LRA) to multi-day shows in the rest of England or in Wales to be post-movement tested when they return to the home farm.

This stops the animal from being moved to another show as it cannot move off the farm, except to slaughter, until the post-movement test has been completed between 60 and 120 days after the animal returns back to the LRA.

Only shows that run for less than 24 hours, and where the cattle are not housed in either a shed or marquee, are exempt.

Paul Hooper, secretary of the Association of Shows and Agricultural Organisations (ASAO), said the rules had serious implications for shows and the association was in continual dialogue with Defra to work through the full implications.

“We’ve heard that one show in the Midlands is already down [on entries] by about 200 cattle and another thinks they could lose up to half of their cattle entry as a result.

“This is not good for the industry which use the shows as a shop window.”

Ollie Allen, show secretary for the Devon County Show, said the rules were unnecessary and damaging.

“I don’t think they have an understanding of the impact it will have. As far as Devon County Show goes we are quite fortunate that we are in a High Risk Area and the majority of our stock are from the HRA.

“We’re down on numbers, but not massively – perhaps by about 20%. The positive news is that our dairy numbers have held up despite dairy herds being hit so hard recently.”

Nottinghamshire County Show, the first major show in the calendar, said about 25% of cattle exhibitors were unable to attend this year’s show because of the new rules.

Show manager Jane Oley said the society was working with the ASAO to review its policies to minimise the impact of the new rules for future events.

A Defra spokesman said: “We are presiding over a huge collective effort to eradicate bovine TB in England.

“Our comprehensive strategy is clear: the disease can only be defeated by taking co-ordinated action on cattle movements, cattle testing and badger control.

“The cattle measures we have introduced will help protect against cattle-to-cattle transmission and bring the Low Risk Area closer to achieving TB freedom.”