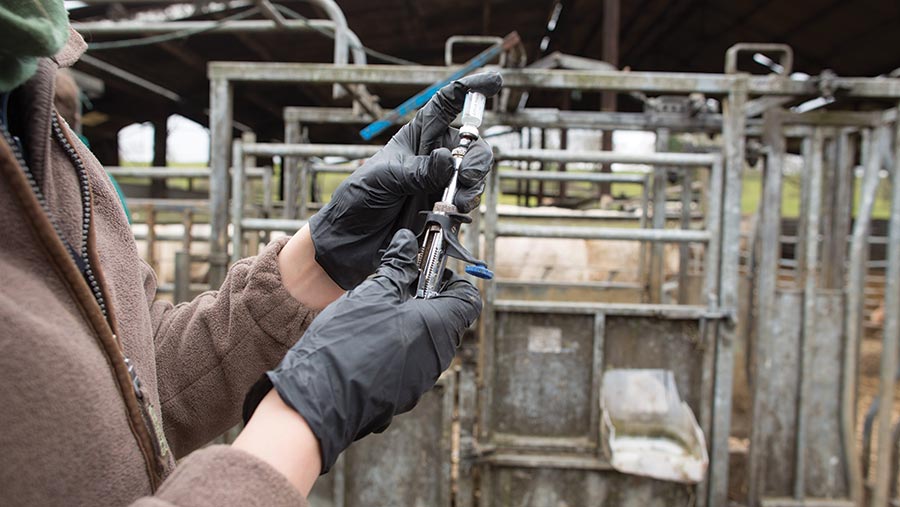 A new test that helps improve the detection rate of bovine TB in cattle has been validated by the World Organisation for Animal Health (OIE) and is now available for farmers to use subject to permission from APHA (Animal and Plant Health Agency).

The Enferplex Bovine TB Antibody test is a multiplex ELISA test which identifies the presence of antibody in the blood to Mycobacterium bovis.

But at present Apha has restricted use of the test to herds under TB restriction where the gamma-interferon test has already been used.

Developers hope the restriction will be lifted to allow farmers to use it earlier in an outbreak, and are  seeking permission from the government to allow this to happen.

How it works
Studies have shown that when used four-to-30 days after a skin test the ability of the Enferplex test to correctly identify infected animals increases to 95%.

Dr Neil Watt, a vet from MV Diagnostics who helped develop the test alongside his colleague Prof Gordon Harkiss and collaborators from Enfer Scientific and SureFarm, said farmers should use it after the skin test to improve disease detection.

“It’s a complementary test that should go alongside particularly the skin test because it detects a different part of the immune response so it can help maximise the identification of infected animals.

“The skin and gamma tests only detect the cellular part of the immune response, but to get maximum sensitivity you need Enferplex to detect the other part which produces antibodies,” advised Dr Watt.

He added: “Currently we are only allowed to use Enferplex when skin and gamma-interferon tests have failed to clear infection. However, we think the best time to use the test will be as early as possible in an outbreak to eradicate the disease quickly and prevent infection becoming established.”

The test can also be used to detect antibodies in milk, however more data is being gathered on its efficacy before it can be fully validated by the OIE.

Samples are sent to Enfer Scientific laboratory in Ireland for testing and results can take up to 14 days.

The test is under offer and farmers can purchase one and get a second free. Discounts are also available for bulk orders.