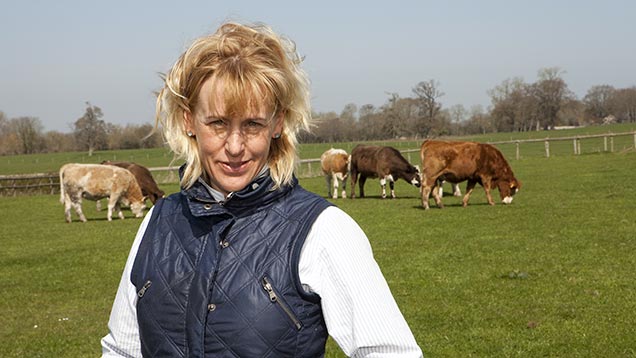 Farm leaders have expressed disappointment that vets have withdrawn their support for free shooting in the pilot badger trials.

The British Veterinary Association issued a statement on Friday (17 April) which said members were not convinced controlled shooting could be carried out effectively and humanely.

It called for a reintroduction of cage trapping and shooting only – but stressed the BVA remained “supportive of the use of badger culling as a necessary part of the comprehensive strategy for control and eradication of bovine TB”.

Minette Batters, NFU deputy president, said: “We are pleased that the BVA continues to support the use of badger culling as an option in carefully selected areas where badgers are regarded as a significant contributor to the persistent presence of TB in cattle.

“We have always said that culling must be an option in areas where the disease is endemic if we are ever going to wipe it out, and early indications from farmers on the ground indicate that the culls in Gloucestershire and Somerset have already had a positive impact on the levels of TB in cattle in those areas.

But Ms Batters said the union was disappointed that the BVA had decided that the culls, and any future culls, should be carried out using cage trapping and shooting only.

“We are disappointed that they have reached this conclusion, particularly if based on the Independent Expert Panel report, which we consider to be flawed and not representative of experience on the ground. We continue to look at ways operations can be modified and improved as we believe it is vital that culling is carried out safely, humanely and effectively.”