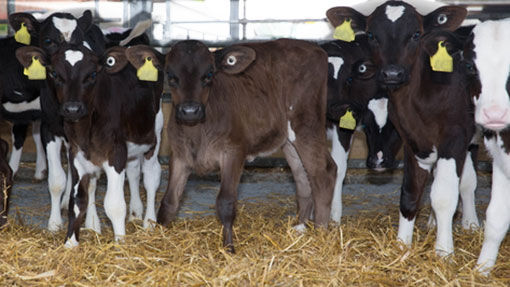 Dairy farmers could be driven out of business if the government phases out quarantine facilities on TB-infected farms, the NFU has warned.

DEFRA’s TB eradication strategy includes a proposal to stop the partial derestriction of premises affected by TB by October.

The plan is part of new government control measures designed to reduce the risk of bovine TB spreading between cattle herds.

But the NFU said ending partial derestriction and prohibiting the use of TB isolation units would increase the costs of testing for government and see farmers lose money on stock.

More tests would need to be carried out over a longer period than if low-risk animals were isolated from the main herd and tested separately, said NFU chief livestock adviser Pete Garbutt.

“If you can isolate stock, that’s going to cost us less to test them. It’s a win-win situation for the farmer, the vet, the taxpayer – everyone,” he added.

“If a ban is introduced, farmers will be left with a difficult decision – either they adapt their businesses to cope with these calves until they exit restrictions, or euthanise them shortly after birth, because it’s not economical to keep them.”

Officials from DEFRA, the AHVLA, the Animal Health and Welfare Board and the NFU met at dairy farmer Rob Harrison’s farm in Gloucestershire on Tuesday (8 April).

Mr Harrison, who has been “in and out of TB restrictions for the past six years”, stressed that the units offered farmers the opportunity to sell low-risk animals, especially young calves that were potentially of no value, from dairy farms under restriction.

“In terms of calves, if you are trying to sell them as restricted you would be typically looking at a 35% decrease in value,” he said. “However, if they have gone through two clear tests, they are as clear as anybody else’s cattle.”

Mr Harrison, who is also chairman of the NFU’s national dairy board, added that scrapping TB isolation units could risk “driving dairy farmers out of business”.

A DEFRA spokesman said: “We have been discussing the use of TB isolation units with the NFU and some affected farmers in order to understand the TB risks they pose and possible means of mitigating those risks.

“We believe that there may still be a place for such units, provided they are properly audited and controlled. We will be writing to stakeholders on this in the coming weeks.”