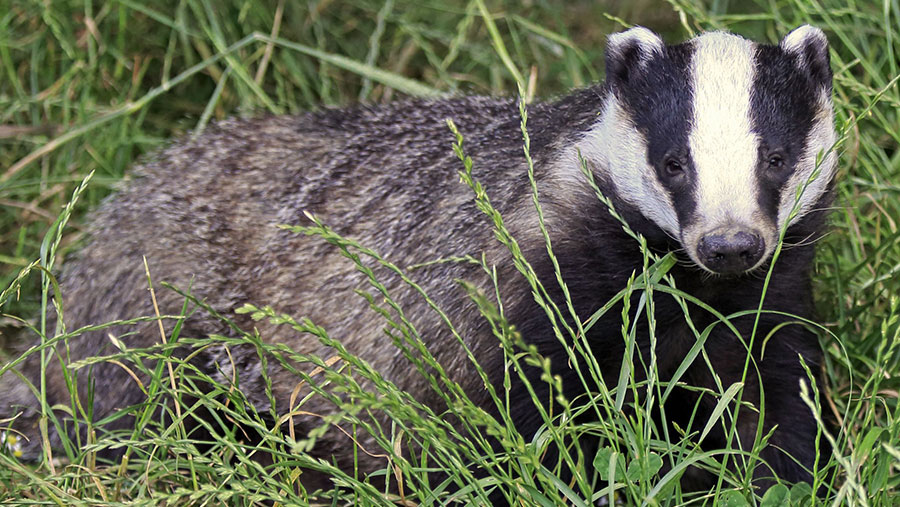 An oral badger vaccine to tackle bovine TB is a step closer after a field trial produced good results.

Scientists in County Kilkenny, Ireland, carried out a large-scale field trial of an oral vaccine bait for badgers to investigate its impact on bovine TB.

The results of the trial showed that using an oral Bacillus Calmette-Guérin (BCG) vaccination in badgers can be used to reduce incident rates of TB-infected badgers.

This has raised hopes that an oral TB badger vaccine could soon be introduced commercially across the UK and Ireland to cut TB rates in cattle.

For the three-year trial, on an area of low-level and rich pasture land covering 755sq km, badgers were captured in three zones and given oral vaccination with a lipid-encapsulated BCG vaccine (Liporale-BCG) or with a placebo.

Finally, 190 badgers involved in the trial were euthanised and the badgers that were administered the oral vaccine displayed far fewer numbers of TB lesions.

Irish farm minister Michael Creed said the results of the trial were “very positive” and they showed a “significant protective effect of oral BCG vaccination in badgers under natural conditions”.

The minister said the Irish Department of Agriculture has an ambition to deploy a full badger vaccination strategy as part of the eradication programme “provided that the vaccination of badgers delivers an outcome equivalent to the current badger removal (culling) strategy”.

Further trials are currently being conducted in six separate locations in Ireland, involving the vaccination by injection of several hundred badgers over three to four years.

The impact of the badger vaccine on the cattle population is also being monitored to assess the incidence of TB in cattle.

Mr Creed added that the outcome of these field trials, the initial results of which are due in 2018, will determine whether badger vaccination delivers an outcome equivalent to the current badger strategy.