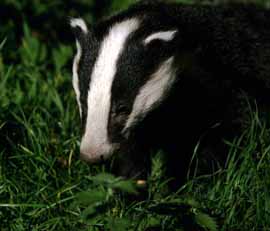 Rural police forces in England must protect farmers from animal rights campaigners if the government sanctions a badger cull to tackle bovine TB, the NFU has warned.

And he told police and officials at the Association of Chief Police Officers’ first rural crime seminar in Kettering on Thursday (10 November) that they had a vital role in helping a cull being carried out.

“We need to control badgers, but we don’t know what extent animal extremists will try to prevent an official cull,” he said.

“What we do know is when you have government culls, we are likely to have violence, intimidation and damage and we need to be prepared for illegal activity.”

Mr Kendall said the threat of criminal behaviour meant rules in the culling proposals which demand signs identifying the location and time of a cull had to be put up filled him with horror.

“This is an open invitation to animal rights activists in the country to disrupt a legal and necessary operation.

“I hope the police will help us carry out something which is so necessary.”

• To report a crime, visit the Farmers Weekly Crime Register