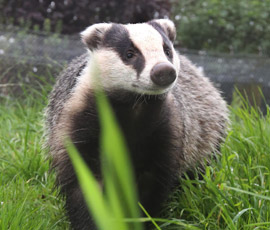 Only 2% of people consider a badger cull to control bovine TB to be one of the most important issues facing the country, a survey by YouGov has revealed.

The poll also showed that while 34% of people oppose a cull, 37% have no strong feeling or don’t know and 29% of the public voiced their support. It also revealed that more than a quarter of people (27%) opposed to a cull said they would change their mind if it meant bovine TB was controlled and did not spread to other areas of the country.

NFU vice-president Adam Quinney said: “The findings of this survey by YouGov show that a badger cull is not a big issue for the vast majority of the British public. But to the thousands of farming families living with the constant threat of TB and its devastating effects on their businesses and families, tackling this disease is the most important issue in their lives.

“More than 38,000 cattle were compulsorily slaughtered in Great Britain in 2012 in the fight against TB and we must take action now.

“A cull is not about wiping out badgers. It is about reducing TB in areas where it is endemic. This will ensure this terrible disease does not spread to areas of the country that are currently clear of it.”

Farmers were already playing their part in tackling TB, he added. Robust new on-farm rules were introduced in January 2013 as part of the government’s TB eradication plan.

“But if we are to successfully tackle TB, action has to be taken to deal with the reservoir of disease in our wildlife. Evidence from countries such as Ireland and New Zealand shows that when all fronts of the disease are tackled at the same time a significant reduction in TB can be achieved.”

The YouGov poll result was backed up by a separate survey carried out for The Grocer earlier this month which showed that 55% of consumers accept the cull is necessary or support it as long as it is done humanely. The survey also showed that only 4.5% of shoppers mentioned the badger cull unprompted when asked about controversial issues facing the dairy industry.

Visit our special report for more on the badger cull