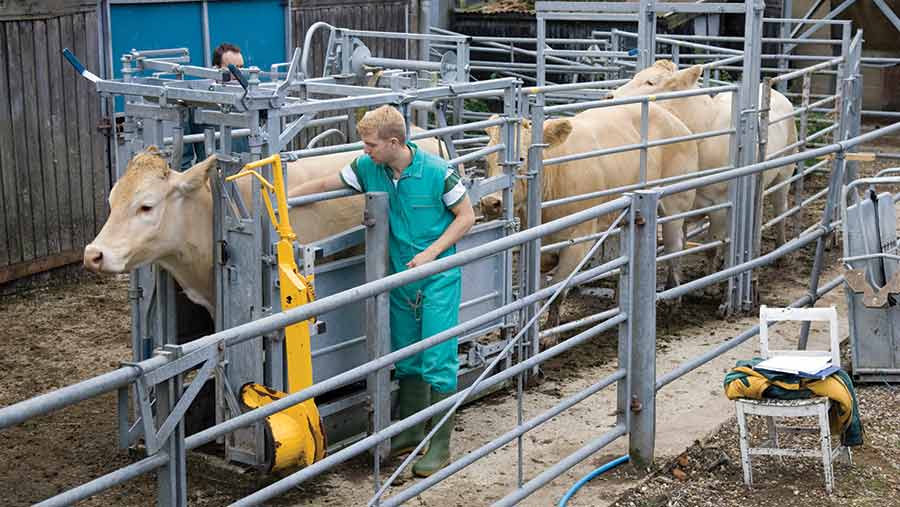 From Wednesday 6 April, farmers will be required to test any cattle moved from a high risk or edge area into the low-risk area between 60 and 120 days of arrival.

No onward movement will be permitted until the test has been carried out with negative results.

Other bovine TB measures also introduced on 6 April include free pre-sale TB tests for herd owners in low-risk areas and the option, under certain conditions, for farmers to carry out a private interferon gamma blood test as a diagnosis tool.

Defra said more than half of new bovine TB infections in the low-risk area, including counties such as Cheshire, Derbyshire and East Sussex, were linked to cattle purchased from higher-risk areas.

The new rules were part of a “huge collective effort” to eradicate TB in this country, alongside other measures including improved biosecurity and badger control in areas where the disease is rife, he added.

The NFU has welcomed the new measures, saying they would help parts of the country, such as the North, to go TB-free.

Richard Findlay, regional chairman of the NFU livestock board in Yorkshire and the North East, said the new regime meant more work for farmers. But this was better than the “terrifying” prospect of TB taking hold in beef and dairy herds in the region.

“We currently have only a small number of cases across the region, each one is a result of a cattle movement,” he said.

However, the Livestock Auctioneers Association (LAA) has warned that the rules could damage the “fragile” beef industry.