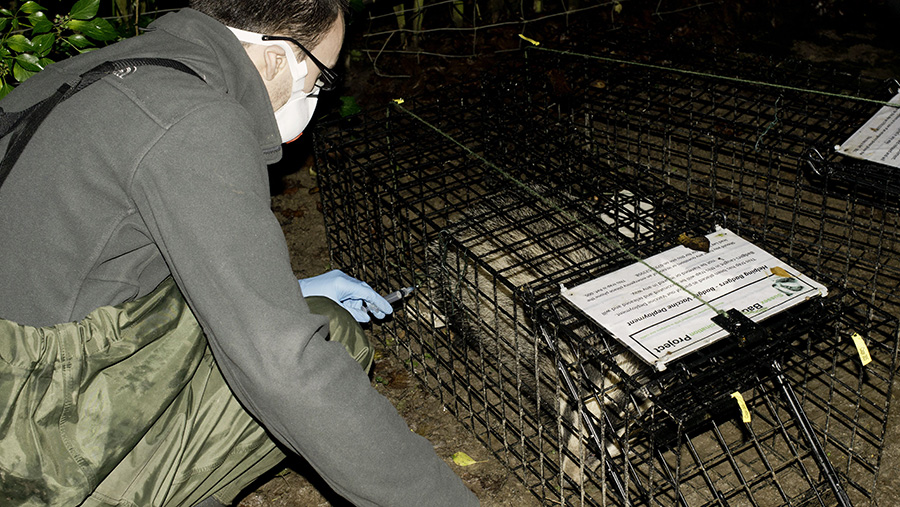 More than 50,000 badgers are to be culled as the government steps up its efforts to tackle bovine TB, according to reports.

Ministers are set to approve applications for farmer-led companies to cull badgers in nine counties, according to a report in The Times.

Over the past three years, just under 4,000 badgers have been killed in pilot culls in Somerset, Gloucestershire and Dorset, costing more than £5m when costs for policing  are included.

Now the government has decided to approve licences for counties ranging from Cheshire to Cornwall, starting this autumn, says the report.

The NFU has repeatedly called on the government to extend culling to areas where TB is rife as quickly as possible.

But opponents, including the Badger Trust and Brian May’s Save Me charity insist the cull is a waste of taxpayers’ money which would be better spent on vaccinating badgers and cattle as an alternative.

The Labour Party says it opposes the badger cull on scientific and ethical grounds, and believes there are more effective and humane ways to tackle bovine TB.

In February, shadow Defra secretary Kerry McCarthy, MP for Bristol East, tabled a number of written parliamentary questions seeking answers from Defra about its ongoing plans for tackling bovine TB, including a cull.

Here are some of the questions including the responses from Defra secretary Liz Truss and farm minister George Eustice:

Q: What was the cost of the badger cull was in 2015; how much of that cost was for policing that cull; and what proportion of that cost was spent in a) Somerset, b) Gloucestershire and c) Dorset?

A: The legislation that will introduce statutory post-movement TB testing for cattle entering the low-risk area is expected to come into force on the next common commencement date, 6 April 2016.

Q: To which areas does Defra plan to extend the badger cull in 2016; and what the evidential basis is for selecting those areas?

A: Farmers in a number of areas have signalled their intention to submit applications to Natural England for licences to conduct badger culls this year.

Licence applications will need to meet Natural England’s licensing criteria, and applicants will have to demonstrate that they will be able to deliver safe and effective culls in order to be authorised to proceed.

Q: What plans Defra has to monitor the disease status of badgers within cull areas?

A: Testing of badgers between 1998 and 2005 via the randomised badger culling trial (RBCT) and road traffic accident (RTA) surveys provided evidence of the typical prevalence of TB in badgers in areas of high incidence of TB in cattle.

TB was found in about one-third of all badgers in these areas.

We are considering the case for a cost-effective method of testing badgers within cull areas in order to assess the impact of the policy on badger TB prevalence.

A: The legislation that will introduce statutory post-movement TB testing for cattle entering the low-risk area is expected to come into force on the next common commencement date, 6 April 2016.

Q: What steps Defra plans to take to improve biosecurity on farms?

A: A joint government and industry bovine TB biosecurity campaign was launched in November 2015 and will run for 12 months.

It aims to increase the number of farmers implementing TB biosecurity measures on their farms and while trading cattle.

The biosecurity campaign already includes a TB Hub bringing together information, advice, guidance and research material on how to prevent TB through biosecurity and risk-based trading, an information bTB website allowing farmers to view information on TB breakdowns in their area on an interactive map and a five-point plan setting out good practice for TB biosecurity.

Q: What budget Defra has allocated for the badger cull policy in 2016; and what estimate has she made of policing costs associated with badger culls in 2016?

A: We expect the costs to government per area to decrease in line with the estimates contained in Table 4 of the Badger Control Policy: Value for Money Analysis published in December 2015:

The industry-led culls are funded by farmers.

The department’s budget allocation for supporting the 2016 culls has not yet been finalised.

It is not possible to estimate policing costs associated with badger control operations for 2016 at this stage.

However, policing costs per cull area have decreased every year since 2013.

A: Badgers culled under licence have not been routinely tested for TB, since previous testing between 1998 and 2005 via the RBCT and RTA surveys provided evidence of the typical prevalence of TB in badgers in areas of high incidence of TB in cattle.

TB was found in around one-third of all badgers in these areas.

Q: What estimate [has Liz Truss] made of the cost of testing badgers in cull areas; and when [does she expect] to make a decision on testing to assess the impact of the government’s policy?

A: Costed options for cost effective surveillance for TB in badgers are being prepared.

Q: What assessment [has Ms Truss] made of the reasons for the 34% increase in the number of TB restricted herds in Somerset in the year to November 2015?

A: It is not possible to be precise about the reasons for changes in the number of TB restricted herds in any county of England.

This will be due to a multitude of factors, including increases in the amount and sensitivity of TB testing.

Short-term changes should be considered in the context of long term trends.