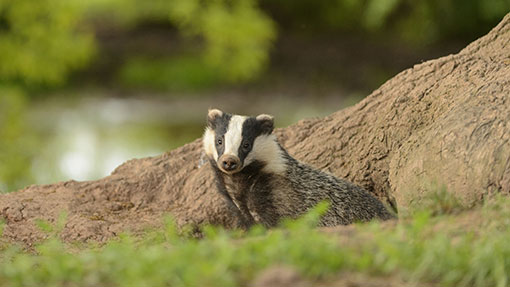 A need to improve the training and accuracy of the marksmen involved in the badger culls is one of the key findings of the Independent Expert Panel report on the culling pilots.

The IEP is the body which was asked to report on the effectiveness, safety and humaneness of the cull in order to inform decision-making around the possibility of a wider cull.

The target set by government was to remove at least 70% of the pre-cull badger population in a six-week period through controlled shooting.

The report showed that contractors started to cage trap too within a couple of days of both trials starting and it is estimated that less than 24.7% of badgers in Somerset and 37.1% of badgers in Gloucestershire were killed by controlled shooting.

Even using both methods of controls it is thought that only 48% of the badgers is Somerset and 39% of the badgers in Gloucestershire were removed. This is fewer than the government’s initial published estimates.

The verdict on… humaneness

It is estimated that 52% of the badgers shot died within 10 seconds of being shot and 79% within five minutes.

However, the panel concluded that it was “extremely likely” that 7.4% to 22.8% of badgers that were shot were still alive after five minutes. This is flagged as a concern as the goal is that 95% of shot badgers should be dead within this timescale.

The verdict on… safety

The panel said it was confident that controlled shooting posed no threat to public safety even in the presence of local protest.

It has emerged that most badgers were shot with rifles. Only 11 were culled using shotguns during the six-week pilot.

The verdict on… other key issues

The report highlights there were clearly problems in trying to identify how big the badger population was in each of the areas.

The report said field workers employed in Somerset misidentified more than one in four holes in the ground as a badger sett entrance. In Gloucestershire, only one in 10 holes was misidentified.

One of the possible reasons put forward for why controlled shooting failed to remove as many badgers as anticipated is because contractors varied widely in the number of badgers they shot.

Also, a significant number of contractors dropped out during the six weeks, presumably, said the report, because they failed to shoot as many as expected.

The panel concluded that the extent to which protester activity disrupted culling could not be quantified.

The verdict on… the future

The group concluded: “If culling is continued in the pilot areas, or in the event of roll-out to additional areas, standards of effectiveness and humaneness must be improved.”

DEFRA has already confirmed that culling will continue in the two trial areas of Somerset and Gloucestershire. However, any further roll out has been postponed until at least next year.

A series of changes will be made to improve the effectiveness, humaneness and safety of culling. These changes will then be monitored to assess their impact before further decisions are taken on issuing more badger cull licences in 2015.

The panel recommended a series of steps are taken to reduce the number of badgers taking more than five minutes to die and to improve the overall effectiveness of the cull.

Only shooters who can demonstrate a night level of markmanship in the field, and who have a good knowledge of badger behaviour, should be licensed, it said.

It has also suggested wider use of thermal imaging equipment to assist in locating shot badgers and a greater emphasis during training of contractors on field craft, including sett assessment, pre-baiting and baiting.