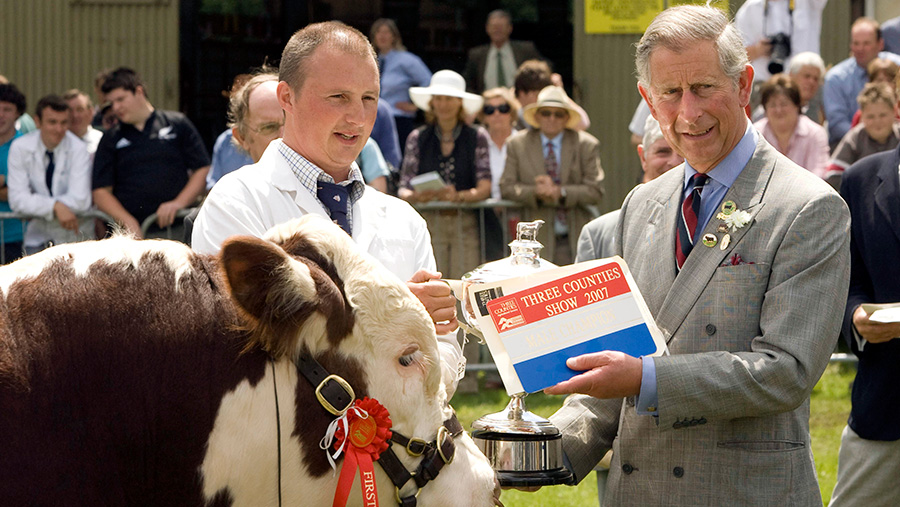 The Royal Three Counties Show has become the latest event to gain an exemption to new tighter TB rules for cattle attending the show from low risk areas (LRAs).

The exemption means the animals will not need to be post-movement tested when they return from the show and will be able to move to other holdings once they have complied with any standard movement restrictions, such as the six-day standstill.

Under the terms of the exemption, cattle from LRAs attending the event will only be able to be present on the showground for 48 hours, being allowed in at 5pm on Thursday 16 June and leaving the show at 5pm on Saturday 18 June.

Shows manager Doreen Smillie-Gray said: “In addition these cattle will be housed separately from those from high risk areas [HRAs] and will have to use separate milking and washing areas as appropriate. They also have to return to their holding of departure after the show, not a different holding.”

Mrs Smillie-Gray said the exemption was a significant step forward for exhibitors from low risk areas who would, under the existing rules, have been prevented from moving any cattle attending the show for 60 days after the event.

“This would have lead to management issues on-farm and restricted both any future show attendance and potentially made trading difficult for these exhibitors.

“We hope that those exhibitors from the LRAs who had entered and been left in limbo waiting to hear whether they could attend or not will now join us and put forward the usual exceptionally high standard of cattle we see every year at Royal Three Counties Show.”

Cattle attending the show from from HRAs will remain on the showground until the end of the show on Sunday 19 June.