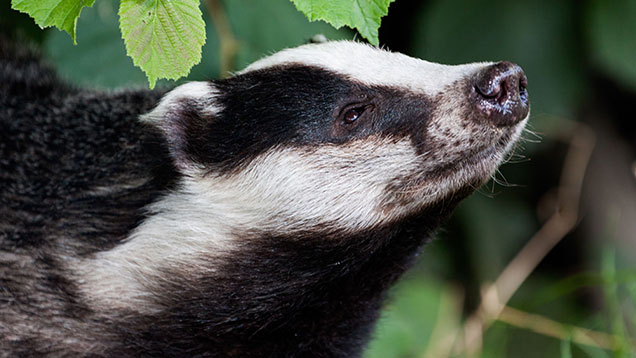 A selective cull of badgers to combat bovine TB is due to start in Northern Ireland this month.

Unlike the UK government’s controversial “blanket” approach to culling badgers, a five-year test, and vaccinate or remove (TVR) project is currently being undertaken in Northern Ireland.

A spokesman for the Department of Agriculture and Rural Development (Dard) NI said: “Bovine TB is an extremely challenging disease that continues to be costly to eradicate and is a considerable burden on the farming industry and public finances.

“TVR is an important and unique research project from which we hope to obtain valuable information.

“We will also keep a watching brief on the work being conducted in other areas of the UK and Ireland.

“This flow of information may help to formulate our strategies in eradicating bovine TB here.”

Below are the answers to some key questions on the NI selective cull project:

How is the selective cull in Northern Ireland different to the cull in England?

There is no general widespread cull taking place in Northern Ireland. We have in place is a test, and vaccinate or remove (TVR) research project in a 100sq km area of County Down.

Year one was completed in October 2014, the purpose of which was to sample captured badgers, microchip and vaccinate them against bovine TB. All badgers were released during 2014.

Year two is getting under way and any badgers captured in the project area that test positive for TB will be humanely euthanised.

How long will the project last?

TVR will run for five years, ending in late 2018. It is hoped that the project should lead to a reduction in the risk of TB infection from badgers and potentially a healthier badger population in the TVR area.

Who will be in charge of the culling?

All fieldwork will be conducted by Dard Veterinary Services staff. This will involve test-positive badgers being euthanised by lethal injection, and removed for post-mortem examination, while negative-test badgers will be microchipped, vaccinated and released.

When will culling take place?

Badgers that are caught using cage traps will be anaesthetised, following which they will be blood sampled.

Test-positive badgers will be euthanised immediately after the test result is available. Cage traps are checked as soon after first light as practically possible.

How much will the TVR project cost taxpayers?

The estimated cost of the TVR research project is £7.5m over the five years of the project. However, indications from year one are that the actual cost could be closer to £5m.

What are the security costs?

The Police Service of Northern Ireland (PSNI) has been informed about the project and the areas in which active trapping is being carried out.

Our experience during the first year of the project indicated little interference with the project. There are no security costs with the TVR project.

What evidence do you have to suggest culling badgers is an effective way of controlling TB?

Removal of test-positive badgers should reduce the risk of the spread of TB and lead to a healthier badger population in the area.

The TVR project will add further information into the current knowledge on possible wildlife intervention strategies.

Are there any plans to roll out the cull to other areas?

The TVR research project being implemented today, particularly in its present form, could not realistically be rolled out across the country and this was never the intention.

However, in the future, consideration could be given to how TVR could influence any future TB eradication strategy here.

How much does bovine TB cost the taxpayer in Northern Ireland each year?

How many cattle were culled in Northern Ireland in 2014?

How has the TVR project been received by the industry?

The farming, veterinary and environmental organisations have offered their support for the TVR project and farmer participation in the area has been very good, with 94% of them allowing us access to their land for the purposes of the TVR project.

How will you assess if the project has been successful?

This is a research project with various objectives, which aims to gather as much information as possible to help inform future badger intervention strategies.

Specifically, badger TB prevalence and ecological factors relating to the TVR intervention will be measured.

Ultimately, the information gathered during the project will assist with disease transmission and economic models to help advise on the optimum approach towards controlling TB in Northern Ireland’s badger population.

The project will also help build up field experience on badger trapping, testing and vaccination, as well as quantifying the field logistics and costs of such an intervention.