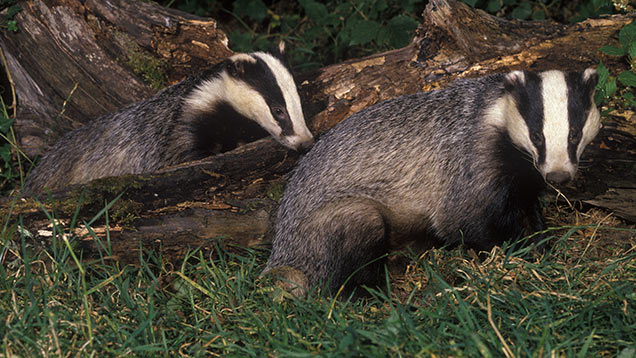 Selective culling of badgers to combat bovine TB is due to start in Northern Ireland this month.

The plans to cull badgers are part of the next stage of a five-year test, vaccinate or remove (TVR) programme.

Over the past 12 months, government staff have been cage trapping live badgers and testing them for TB.

See also: Bovine TB – How Ireland compares with the UK

But from this month the focus will shift to testing and removing badgers found to be carrying the disease and vaccinating and releasing those that are clean.

Badgers that test positive for TB will be removed and humanely destroyed by lethal injection.

The Northern Irish badger culling strategy, being led by the Department of Agriculture and Rural Development (Dard) NI, is more selective than the method being trialled by the UK government, which is seen as a “blanket approach” to culling.

The UK four-year pilot in Somerset and Gloucestershire involves a combination of free shooting and cage trapping and shooting of badgers by trained marksmen.

Defra minister George Eustice has said his department would be watching the results of the TVR programme very closely to see if it could learn anything to enhance the culling programme in the UK.

An interim report in Northern Ireland from the industry Bovine Tuberculosis Strategic Partnership Group, published last week, concluded that the present TB strategy, which has been in place for 50 years in the country, was not working for either farmers or taxpayers.

The Banbridge/Rathfriland TVR trial area is 100sq km, has a high density of cattle farming businesses and a large badger population.

There is a high incidence of TB in this area, which gives it similar characteristics to “TB hotspots” in England, such as the South West.

No details of the costs of the TVR programme have been released.

Dard NI’s TB eradication programme is focused on detection of diseased or high-risk animals, the compulsory removal of diseased animals from their herd of origin to slaughter and cattle movement restrictions until herds are tested clear.

All cattle herds in Northern Ireland are tested annually with the tuberculin skin test.

Some animals are tested more frequently if in contact with infected animals.

South of the border, in the Republic of Ireland, trained government staff cull about 6,000 badgers each year.

So much so, it now believes that eradication of the disease is a “practicable proposition”.