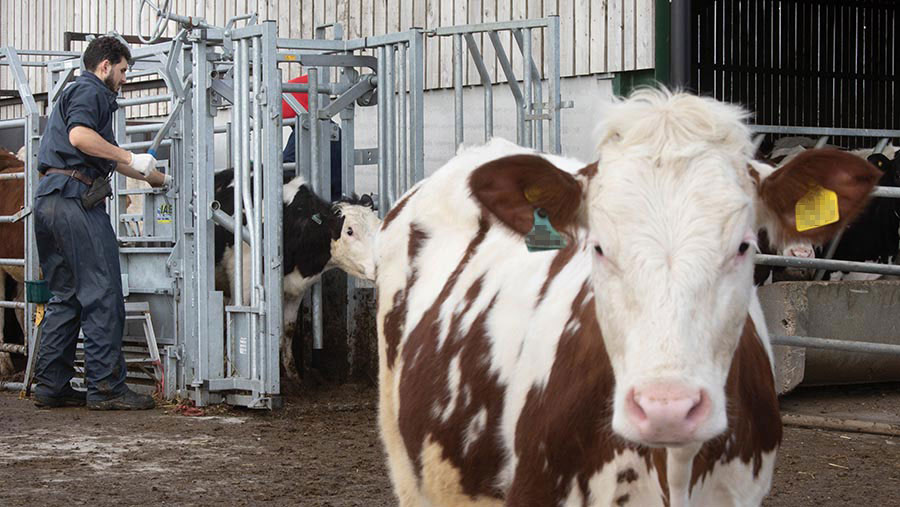 A deployable cattle TB vaccine must not be considered a silver bullet to eradicate the disease in herds, a world-renowned expert on bovine TB has warned.

Field trials of a CattleBCG (Bacille Calmette-Guérin) vaccine and diagnostic test to Differentiate Infected from Vaccinated Animals (DIVA) are due to get under way in England and Wales next year.

More than a decade of research led by Prof Glyn Hewinson, Prof Martin Vordermeier and Dr Gareth Jones, along with a number of international scientific collaborators, has resulted in the development of a bovine TB DIVA skin test, called DST-F.

There is no guarantee that the trials will be successful, according to Prof Hewinson, former lead scientist for bovine TB at the Animal and Plant Health Agency (Apha), now Sêr Cymru research chairman at the Centre of Excellence for Bovine Tuberculosis for Wales at Aberystwyth University.

But “significant progress” has been made, he said, and he is hopeful that a cattle vaccine and associated DIVA test will eventually add another important tool in the battle against bovine TB.

“Vaccination on its own is not going to be the silver bullet.

““However, it’s another tool that can be used to lower the TB transmission rates between animals,” Prof Hewinson told Farmers Weekly.

“The advantage with vaccination is that it reduces TB transmission rates between cattle and between wildlife and cattle. However, managing expectations is important because no vaccine is perfect.”

Because the CattleBCG vaccine will not be perfect, a sound diagnostic test will be required – in conjunction with the vaccine – that is able to detect infected animals that have been vaccinated.

“The data suggests that some animals will be protected, but some may not – and you need to be able to identify those animals that haven’t been protected and become infected,” Prof Hewinson explained.

To see the benefit of vaccination, the DIVA test will need to achieve a specificity greater than 99.85% so that it does not give “false positives”.

The first stage (2021) of the four-year field trials will test this theory on about 300 cattle from five separate herds, which may increase to 2,500, depending on specificity performance.

“The next hurdle will be to see if the DIVA test is specific enough in the field in the numbers that are going to be used – and if it’s safe,” said Prof Hewinson. “Then the field trials of the BCG vaccine and DIVA test will demonstrate what happens to much larger numbers of animals, in the real world.”

In September, Apha launched a tender for interested contract research organisations to engage with farmers, identify suitable trial sites and develop detailed trial protocols, under the management of Apha.

The aim is to complete the trials by 2024 and then apply to the Veterinary Medicines Directorate for marketing authorisations for both the CattleBCG vaccine and the DIVA test.

If all goes well, a cattle vaccine could be deployed in the field by 2025. To enable trade in vaccinated cattle, Defra will have to validate the DIVA test and secure amendments to World Organisation for Animal Health (OIE) standards.

Defra says the outcome of the trials will determine where and how widely the CattleBCG vaccine is deployed. But it anticipates it would be best used in the HRA, targeting high-risk herds to maximise disease benefits.

Lessons learned from field trials in other countries

Bovine TB is endemic in cattle in some regions of Ethiopia, but one field trial in the country showed it can protect 60% of cattle from infection.

A field trial in New Zealand showed more than 80% of animals were protected.

“In Ethiopia, the animals were put into a completely infected herd and the duration of immunity seems to last longer because, I think, they were constantly being exposed to TB, which was topping up their immune response,” said Prof Hewinson.

“But what we really want to know is what happens in the UK – and that’s why you need to do field trials.”