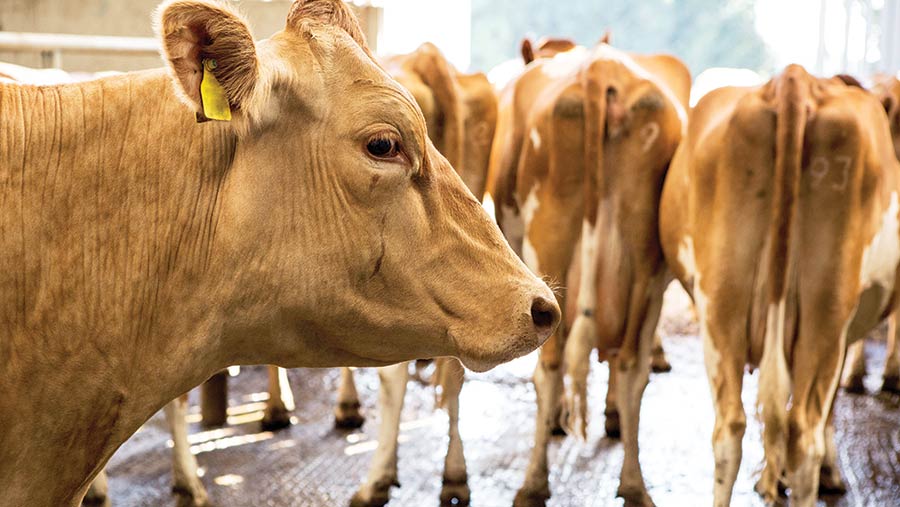 Livestock scientists at Scotland’s Rural College (SRUC) are going to use a supercomputer to analyse data from milk-recording farms to see if they can identify signals in milk that could act as early indicators of bTB (bovine tuberculosis).

Researchers claim the study, if successful could revolutionise TB diagnosis on farms, enabling farmers to get rid of reactors sooner.

By analysing changes in the spectral data profile affected by fatty acids, proteins, calcium, lactoferrin and other milk characteristics, the computer will look for early warning signals that the cow has become infected with bTB.

Dairy farmers could benefit from this study through:

Professor Mike Coffey, project leader, said: “We hypothesise that when a cow has got bTB she has a characteristic signal in her milk and we are trying to detect it with the supercomputer.

“The change might be in fatty acids or a chemical produced by the bacteria in the milk or something else, we just don’t know at this point.

“We know milk characteristics alter according to a range of things happening on the farm, such as diet or bulling. So we are asking how milk changes when a cow gets bTB.”

Prof Coffey said there are more than 22 billion data points from millions of cows, with each milk sample having 1,060 separate data points that need to be analysed.

He added: “This is potentially a great step forward in the fight against bTB.

Being able to use routinely collected milk samples to alert us to a cow that may have been exposed to infection will allow the farmer to take remedial action long before the normal testing regime comes in.

“The early removal of infected cows should lower the background level of bTB and contribute to enabling more effective outcomes from the existing tools deployed to eradicate the disease.”

Holstein UK geneticist Dr Darren Todd welcomed the announcement and said that any developments that could reduce bTB susceptibility in cattle and speed up diagnosis were very positive for the industry.

He added that farmers would benefit if another phenotype could further improve AHDB Dairy’s TB Advantage. But he warned the accuracy of the test as a predictor of infection would depend on there being strong enough correlation between what it is that researchers find and bTB resilience.

The TB Hub is the joint industry initiative giving beef and dairy farmers across Britain an online source of TB-related advice on biosecurity measures, trading rules and dealing with the disease in their herds.