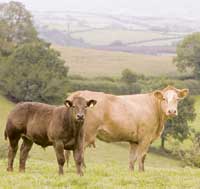 The number of cattle infected with bovine TB has fallen dramatically in Wales, with nearly a third fewer cattle slaughtered last year.

Figures released by the Welsh Assembly Government reveal that between January and October 2010, 6587 cattle were slaughtered in Wales because of bovine TB, compared with 9146 during the same period in 2009. This represents a 28% decrease. There were similar trends in 2004 and 2006.

Although the latest reduction in TB cases has been welcomed by rural affairs minister Elin Jones, she pledges that there will be no let-up in Wales’ TB Eradication Programme. As part of this, a pilot cull of badgers could get under way in west Wales later this year.

“While any reduction in the TB statistics is welcome, it would be premature to suggest a turning point has been reached in Wales, based on the available data, particularly whilst the GB trend is very similar,” said the minister.

She warns that statistics should be interpreted with care and that they need to be analysed over time to observe a trend. “TB is a long-term epidemic and historically the trend has been upwards. We have seen short-term falls before – for example in 2004 and 2006,” she said.

She admits that it is too early to give credit to measures that have been in place since 2008 including tougher cattle controls, increased testing and a zero tolerance approach to farmers who fail to comply with regulations. “We anticipate these measures having a positive impact on the levels of bovine TB. However, we are clear that we will not eradicate this disease while there is a reservoir of infection present in TB endemic areas,” said Ms Jones. “This is why we are continuing to pursue a comprehensive package of measures.”

Approximately 12% of cattle herds were under restriction at some point during that period, 2% lower than in 2009. The reduction in new incidents in 2010 was 14%.

The statistics are likely to be used by campaigners opposed to the proposed badger cull in west Wales to argue that cattle controls hold the key to fighting bovine TB.

The consultation period closed in January and the assembly government is now considering the responses as well as examining other evidence, including cattle and epidemiological data specific to the Intensive Action Area.