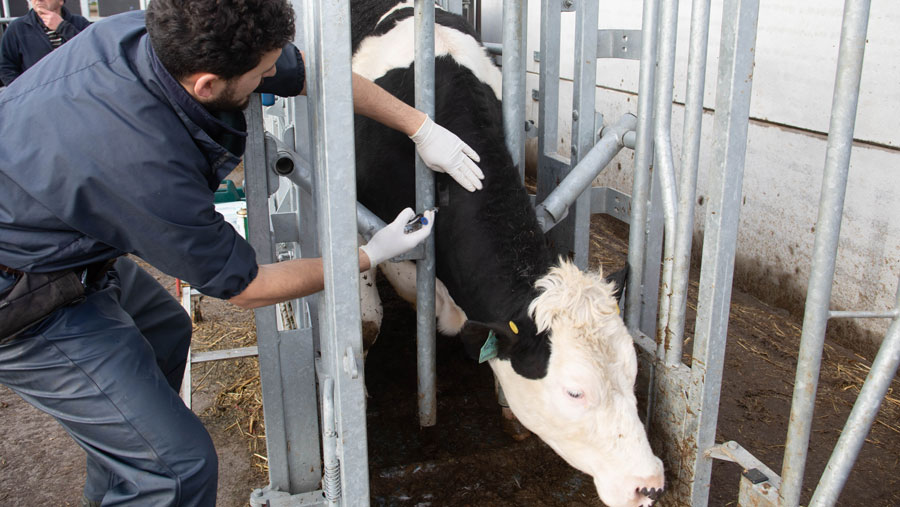 The UK government remains on track to roll out TB vaccination in cattle herds by 2025, according to Defra chief vet Christine Middlemiss.

A viable cattle vaccine could eventually end the misery of TB in cattle and solve conflicts over controlling the disease through badger culling. But slow development and political snags means at least 25 years has elapsed since scientists first suggested that a workable, on-farm vaccine, would be made available.

Vaccine trials continued to progress well, she said, and her hope was to have the vaccine licensed for commercial rollout in three years’ time.

The Diva test is important both to protect herd health and meet trade requirements. Without a Diva test, vaccinated animals may appear to be carrying the disease and would then be removed from the food chain.

The test will identify which animals have been vaccinated, Ms Middlemiss explained.

Both the vaccine and the Diva test need to be validated and approved by the World Organisation for Animal Health (OIE).

Ms Middlemiss said the government continued to engage with the OIE, which recognised a vaccine was an important step in the global fight against bovine TB.

Plans to release the vaccine and a strategy for the rollout are already being devised, she added.

Discussions were focused on whether the vaccine should be issued to target a breakdown area or used as part of a less intensive, UK-wide release. Those talks have involved all of the devolved regions, Ms Middlemiss said.

Meanwhile, cattle and badger controls had worked effectively in the High Risk Area (HRA) where the disease was most prevalent. In the HRA, the disease was declining, she added.

The chief vet said she remained concerned about the spread of the disease in edge areas where the fall in TB levels had flattened out.

“We are not seeing reductions and need to understand why this is the case,” Ms Middlemiss said.

She emphasised the importance of the edge areas which act as a protecting buffer between HRAs, and low-risk areas. And she pledged to take action on a local basis, tailored to work in distinct geographical areas and account for different regional farm types.

Listen to the Farmers Weekly Podcast