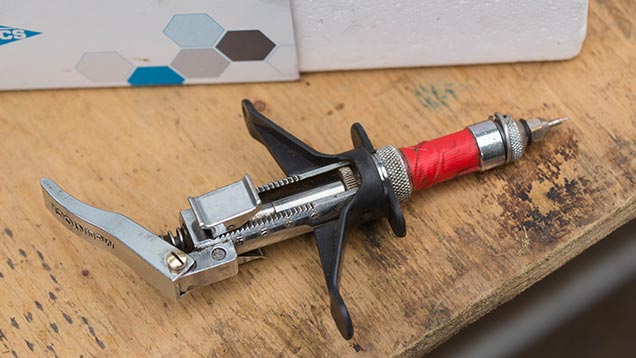 Livestock farmers in England whose herds are struck down with TB will soon be able to get help from a national farm advisory service.

Following months of lobbying from the NFU, the government has decided to roll out the South West TB farm advisory service to other regions to allow farmers in high-risk and edge area counties to access the service.

NFU deputy president Minette Batters said she was “delighted” Defra had listened to farmers and decided to extend the service nationwide.

Ms Batters told Farmers Weekly: “We think this service is so desperately needed.

“There isn’t the knowledge for farmers out there whose herds are struck down with this terrible disease. This will make a hell of a difference. It’s a three-year project.”

Working with the Agriculture and Horticulture Development Board (AHDB), plans for the idea were submitted to Defra last August and the union has been waiting since then for a decision.

“We know from the South West TB advisory service that it made such a difference to the people on the ground,” added Ms Batters.

“When they have a TB breakdown, just to be able to have someone who is on your side, giving that level of advice is priceless.”

The TB farm advisory service will be funded through Rural Development Programme for England (RDPE) money, with match funding by the AHDB.

The service will offer an independent support service for farmers encountering problems with bovine TB. It will give training to farmers on how to deal with the consequences of the disease as well as helping them remain disease free.

Speaking at the NFU Conference in Birmingham on Tuesday (23 February), Defra secretary Liz Truss confirmed the rollout of the service.

She told delegates: “We will fund an expanded TB advisory service that farmers have been calling for so it is available throughout the high-risk and edge areas.”

Last year, more than 3,000 farms were affected by new breakdowns of TB in England, with each breakdown costing the taxpayer an estimated £20,000 and farmers more than £10,000.

According to Defra, more than 33,000 cattle were slaughtered in England and Wales last year due to TB, costing the taxpayer more than £100m in compensation.

The NFU is also lobbying the government for the creation of a TB eradication board for England and an industry-led non-government body – Animal Health England – to be set up to tackle non-statutory diseases.