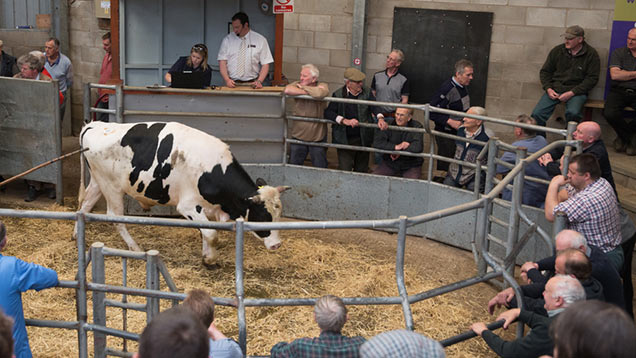 Dairy farmers will be able to select animals which are genetically resistant to TB by the end of the year, thanks to research work in Scotland.

The breakthrough, which should allow farmers to select bulls with daughters resistant to TB, is expected to help in the fight against the disease.

Head of genetics for the Agriculture and Horticulture Development Board Dairy, Marco Winters, confirmed TB resistance would be included on the December bull proof run, which is published by the levy body three times a year.

The genetic link to TB resistance was discovered by researchers at Scotland’s Rural College (SRUC) and Edinburgh University.

Speaking to Farmers Weekly at the Royal Highland Show, SRUC researcher Eileen Wall said: “The genetics are there to help select cows that are resistant to TB.

“TB is a complicated disease, but this will be able to help in the background.”
Eileen Wall, SRUC researcher

“It certainly won’t eradicate TB on its own, but it should be part of an eradication scheme.

“TB is a complicated disease, but this will be able to help in the background.”

Dr Wall said the heritability of TB resistance was higher than that of survival and longevity and other health traits such as mastitis and lameness. It is thought to be 9% heritable.

Commenting on the TB bull proof, Mr Winters added: “This is not the only tool available, but I see it being used alongside current TB control measures.

“When fighting the disease in the long-term genetics can help identify bulls more susceptible or more resistant to TB.”