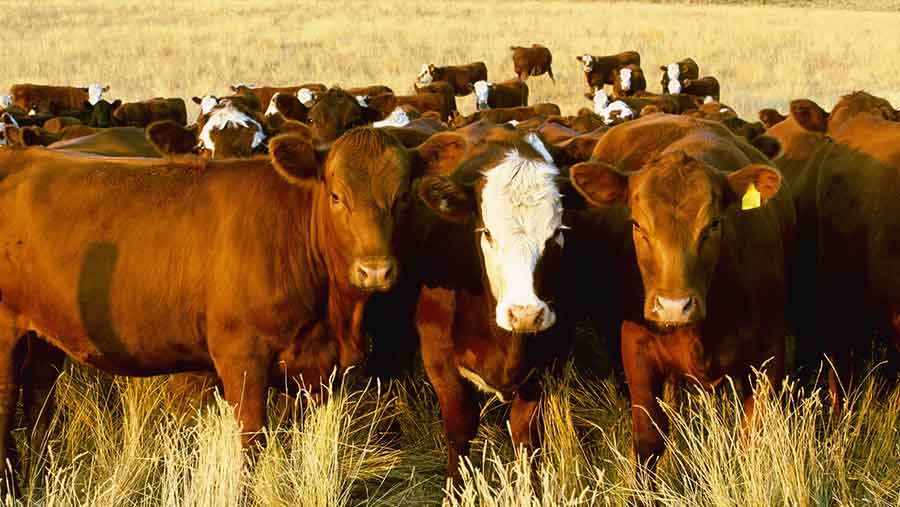 Movement restrictions imposed in response to an isolated case of bovine tuberculosis have come at the “worst time” for a Canadian ranching community, says an industry body.

The 2016 calf crop will go unsold this year on about 30 ranches in southern Alberta, meaning a double hit of lower incomes and higher winter feeding bills, Farmers Weekly has learned.

See also: All the latest news on bovine TB

This follows one beef animal from southern Alberta testing positive for bTB after being transported to a US slaughterhouse in September.

The Canadian Cattlemen’s Association (CCA) said the restrictions, which could be in place for “several months”, will push the resource limits of the ranching operations.

The positive animal was from a “community pasture” system in which cattle would have mixed on a common-grazing agreement. The CCA said wild elk herds were known to be in the area.

“These spring-calving operations would have normally sold weaned calves in the fall sales,” a CCA spokesman told Farmers Weekly.

“Compensation will be available if animals are destroyed, taken at the market prices on the day.”

The Canadian Food Inspection Agency stated that restrictions are being applied to individual farms and not across the southern Alberta region.

The CCA said it would have no effect on overall trade.

The last case in Canada was in British Columbia in 2011 and before that, an outbreak affecting both provinces lead to media reports of 470 cattle being destroyed from about 30 farms.

The source of the outbreak is unknown, but the CFIA said: “The agency is working with the government of Alberta to ensure that any risks associated with TB in wildlife are included in the investigation.

“Genetic analysis showed the bovine TB organism from the infected cow is not the same as any strains detected in Canadian domestic animals or wildlife to date.”