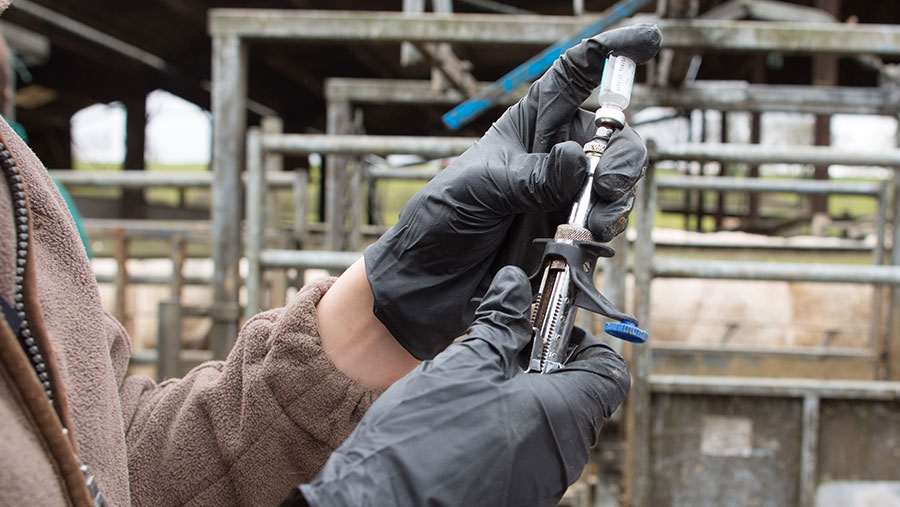 Farmers in some regions of Wales will now have to run their herds in line with the most demanding bovine TB rules in the UK.

It is three months since the Welsh government said it would introduce a new raft of disease controls and those changes are about to kick in.

From this Sunday (1 October), every farm must comply with enhanced disease controls according to their geography because a new three-tier classification system will place them in either a Low, Intermediate or High TB Area.

These regions are directly correlated with the level of TB herd breakdowns.

The government says this approach will protect cattle in the Low TB Area and drive down disease in the Intermediate and High TB Areas.

‘Step in the right direction’

Jeffrey Evans, whose farm in Pembrokeshire falls in a High TB Area and has had a persistent herd breakdown, believes it is a step in the right direction, but has concerns for farmers in High TB Areas who sell cattle.

“I think it could finish the pedigree industry in Pembrokeshire because who is going to buy bulls from the High TB area?” he said.

Some farms in that region have been under TB restriction for more than 10 years and during that time testing and compensation has cost the taxpayer an average of £200,000 for each farm, the Welsh government said.

Hefin Jones, who produces breeding bulls and females from a pedigree Limousin suckler herd in a Low TB Area near Betws-y-Coed, said the changes should have positive implications for his cattle sales.

“I’ve always said that we are one of the safest parts of the country to buy from and we are now in a position to inform our buyers that we are from a low-risk area.”

But if he buys cattle, these will be subject to a post-movement test as this measure has been introduced to prevent infection being imported into Low TB Areas; there will, however, be no pre-movement testing of cattle from or within this zone.

One of the most controversial new measures is the culling of badgers on around 60 holdings with long-term TB breakdowns.

Some farmers insist the cull doesn’t go far enough, but wildlife groups argue that this approach could significantly worsen bovine TB in the surrounding area.

Badgers will be trapped, tested and humanely destroyed if they test positive for TB. Those that don’t will be microchipped and released.

The boundaries of the TB Areas will be reviewed after 12 months.