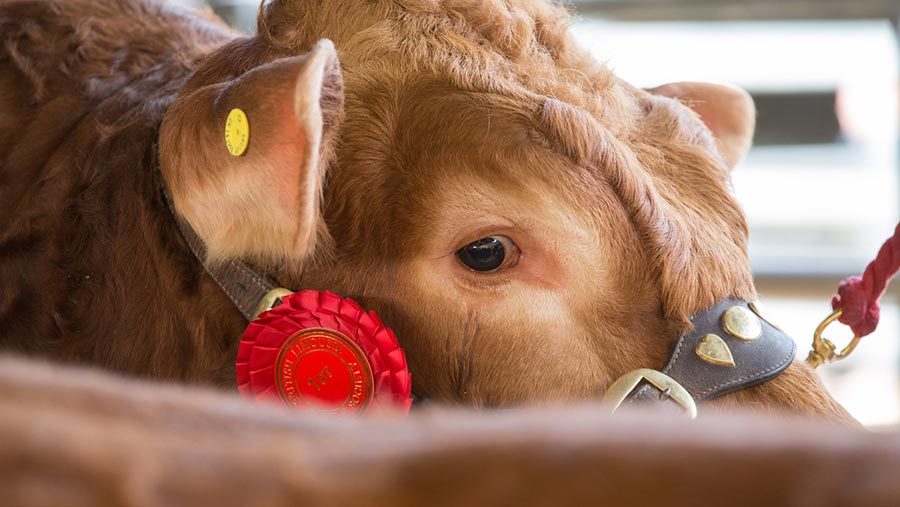 The Royal Cheshire County Show and Beef Expo have been granted post-movement TB testing exemptions by Defra – making it easier for exhibitors who live in a low-risk TB area to attend the events.

Show organisers across the country have been hit by tough new rules which require any cattle from the Low Risk Areas (LRA) of England, which attend multi-day shows in high risk or edge areas, to be post-movement tested once the animal returns home.

The test has to be completed 60 to 120 days after the animal arrives back in the LRA and until then it cannot be moved. This has proved problematic for the showing world with exhibitors warning that it stops them from taking part in a range of shows by tying them down for two months at a time.

As a result, a number of shows have reported a decline in cattle entries for summer 2016.

But Cheshire County Show said Defra had agreed to an exemption application which means cattle coming to the show from a LRA would not need to be tested for TB once they went home.

In order to get Defra to agree, cattle from low and high risk areas will be housed, milked and washed separately and the LRA cattle can only stay on the showground for a maximum of 48 hours. All LRA cattle must return directly home after the show.

Executive director for the show Nigel Evans said the closing date for entries had been extended as a result to 27 May. “We hope the exemption will encourage those exhibitors from an LRA to attend the 2016 show.”

A spokesman for Beef Expo, which this year takes place at Bakewell in Derbyshire, said that Defra had been helpful in working with them to find an acceptable solution, but it was not a tick-box exercise.

“It makes us a show that you can come to and be able to show again. I am sure there will be others applying for this too.”

Other shows could also benefit, though it is understood that applications for exemptions are being looked at on a case-by-case basis and the terms may differ according to circumstances.

A Defra spokesperson said: “We are presiding over a huge collective effort to eradicate bovine TB in England.

“Our comprehensive strategy is clear: the disease can only be defeated by taking coordinated action on cattle movements, cattle testing and badger control.

“The cattle measures we have introduced will help protect against cattle-to-cattle transmission and bring the Low Risk Area closer to achieving TB freedom.”