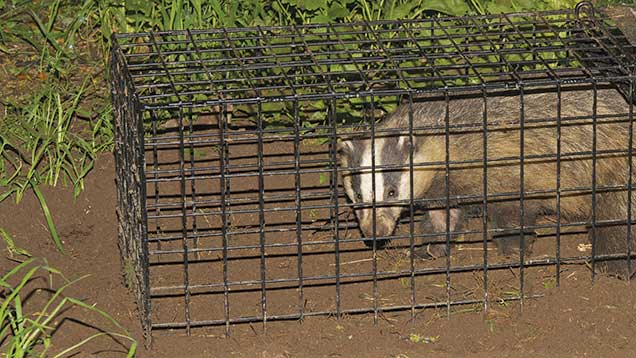 The NFU has called on the government to roll out the badger cull immediately to others areas where bovine TB is rife.

The government must implement its 25-year TB eradication strategy immediately and in full to ensure farmer support for it remains strong, said NFU president Meurig Raymond.

“Farmers throughout the country have supported the strategy, but are becoming frustrated at the lack of action surrounding the introduction of its various elements,” he added.

“Now is the time to build on the determination of the farming industry to eradicate this disease that is destroying farming businesses and families.”
Meurig Raymond

“The farming industry needs to see more urgency in the implementation of the whole strategy and better communication of its measures and aims.

“Now is the time to build on the determination of the farming industry to eradicate this disease that is destroying farming businesses and families.”

Mr Raymond said different elements of the strategy were urgently needed in different parts of the country – and they needed to be introduced as a matter of urgency.

“We need appropriate and proportionate measures to keep the disease out of the low-risk area of England,” he added.

“We need more targeted measures to stop the spread in the edge area [between the high- and low-risk areas]. In particular we need better information on the local infection rate in wildlife in this area. And we need further rollout of the pilot culls in the high-risk area.”

Mr Raymond said farmers were committed to playing their part in eradicating TB. But they needed to see that commitment reciprocated by the government.

Farm minister George Eustice has said the Conservative government is committed to rolling out the cull to other areas as part of its TB strategy.

However, so far the government has not revealed a date when the rollout to other counties, such as Devon, Cornwall and Dorset, will begin.

Two four-year pilots culls in Somerset and Gloucestershire will start for a third year this autumn. The culls were set up to test the safety, humaneness and effectiveness of the free shooting of badgers by trained marksmen at night.

A Defra spokesman said: “We remain committed to our comprehensive strategy to eradicate this disease from England by using tighter cattle movement controls, badger vaccination and culling badgers where the disease is rife.

“Bovine TB is costing £100m each year and is a significant threat to our beef and dairy industries, which is why the culls in Somerset and Gloucestershire will continue this year.

“Expressions of interest have been made to Natural England from other areas which will be considered in due course.”