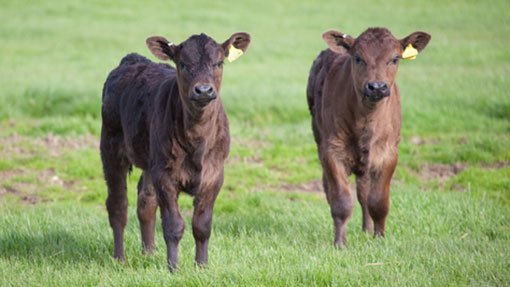 Vaccinating calves against bovine TB within the first three months of their life could prevent them from succumbing to the disease in later life, according to scientists.

Researchers at the Roslin Institute in Edinburgh discovered calves could develop some immunity to bovine TB if they were vaccinated with Bacille de Calmette et Guérin (BCG) before they reached a month old, potentially contributing to the control of the disease.

The institute’s Jayne Hope told delegates at the British Society of Animal Science annual conference that tests on cattle were carried out after research showed administering the BCG vaccine to humans on their first day of life gave better protection against TB.

In trials carried out at Roslin, groups of calves were injected with the BCG vaccine at either one day, one week, or three weeks old.

After three weeks they were infected with Mycobacterium bovis – the bacterium that causes TB – and after three months they were culled and tested for signs of the disease.

See also: Culling and vaccination ‘not the answer to TB control’

“Importantly, it showed that it didn’t make a difference at what age they were injected. Whether given the BCG at one day, one week or three weeks, there was 60-70% less disease [than non-vaccinated cattle].

“This shows farmers could select calves at any day between one day and three weeks for vaccination.”
Jayne Hope, Roslin Institute

“This shows farmers could select calves at any day between one day and three weeks for vaccination.”

To understand how long protection lasted, the scientists carried out the same tests, but infected the calves with M bovis 12 months and 24 months after the BCG was administered.

“[At 12 months] the calves again showed a 60-70% reduction, while some were showing no visible lesions, meaning they were protected from the disease,” said Dr Hope.

“However, at 24 months there was only a 20% reduction, suggesting cattle should be given an booster at 12 months to further protect them from the disease.”

While the BCG was not perfect, Dr Hope said the effects of the vaccination on calves compared with adult cattle suggested targeting young calves contributed to the effectiveness of the vaccine.

Further investigation on the effects the BCG had on specific cells in calves could lead to the identification of improved vaccines to improve cattle immunity against infection, she added.