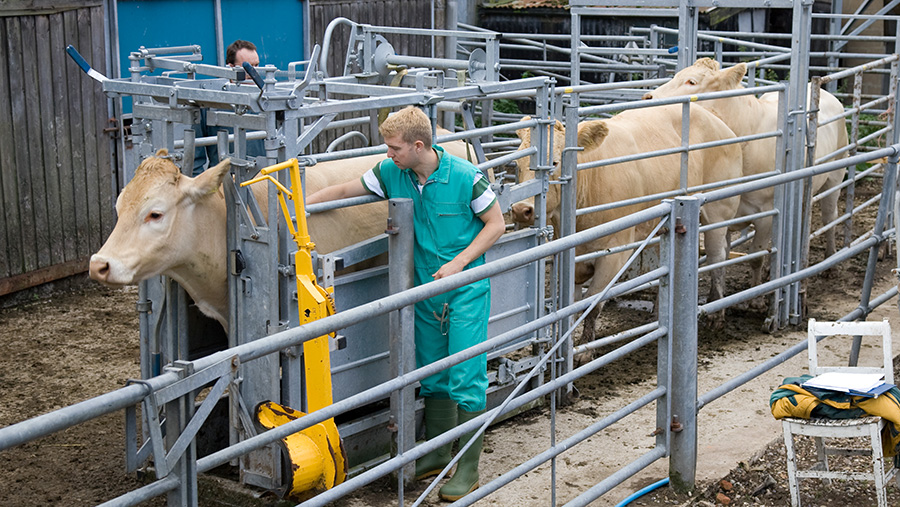 Farm leaders are urging the Welsh government to step up its efforts to tackle bovine TB and introduce a badger cull following a 27% hike in infected cattle slaughtered last year.

The number of new herd incidents in 2015 and herds not free of the disease at the end of the year remained relatively static compared with 2014 figures.

Ahead of the Welsh National Assembly elections on 5 May, farming unions have called on the main political parties to set out their TB eradication strategies.

In its 28-page election manifesto, released earlier this month, NFU Cymru said farmers were playing their part in tackling TB through cattle-based movements, but the reservoir of infection that exists in wildlife “has not been confronted”.

NFU Cymru president Stephen James said the union had consistently raised concerns about the cost and effectiveness of the government’s badger vaccination policy in the Intensive Action Area (IAA) in south-west Wales.

But four years in to what was intended to be a five-year programme, a global shortage of the Bacillus Calmette–Guérin (BCG) vaccination has led to its premature curtailment.

NFU Cymru said a TB wildlife strategy based solely on the vaccination of badgers was “not a viable or sustainable policy option”.

Mr James said no politician or political party could “hide behind badger vaccination as their sole policy for dealing with the reservoir of disease in wildlife in areas where it is endemic”.

He therefore called on the next government to introduce a TB eradication strategy that “actively removes the disease from the badger population as well as from cattle”.

Mr James said: “Since 2008 over 68,000 cattle in Wales have been slaughtered because of this disease – despite the fact that Welsh farmers have adhered to stringent movement and cattle controls.

“This disease continues to cause untold heartache and stress to cattle farmers across Wales and places enormous emotional and financial strain on farming families.”

Plaid Cymru: ‘No option’ off the table

Farmers’ Union of Wales senior policy officer Hazel Wright added: “A raft of costly cattle controls means farmers continue to do their part in terms of controlling the disease, and accept cattle that represent a risk need to be destroyed.

“Welsh ministers need to recognise that other animals which represent a risk should also be controlled, and that to avoid the issue will simply make matters worse in the long run.”

Farmers Weekly asked the main political parties respond to the latest TB figures and provide information on how the policies they would introduce to tackle the disease if they were in power.

A plan for a badger cull was drawn up under a previous Labour-Plaid Cymru coalition until Labour won outright power in 2011 and scrapped the policy, opting instead to introduce a badger vaccination project.

This time round, Plaid Cymru said the TB current strategy was “not having the effect the Welsh government was hoping for”.

Plaid’s shadow rural affairs minister Llyr Gruffydd said “no option” should be off the table to eradicate TB.

He added: “A Plaid Cymru government would look closely at the lessons learnt from the Welsh government’s vaccination programme and the evidence emerging from the cull in England… and we would not be afraid to take any difficult decisions if it meant that we could finally get to grip with disease.”

The Welsh Conservatives and Liberal Democrats have both said the government’s TB strategy was “in tatters” and farmers deserved more.

The Conservatives Party has reaffirmed its support for a badger cull.

But a Welsh government spokesman insisted its TB strategy was working despite the big hike in reactors slaughtered in 2015.

He said: “The latest TB statistics continue to show an improving situation across Wales over the past six years, demonstrating the successes of our eradication programme.

“While there has been an increase in the number of cattle slaughtered in Wales in the latest period, the number of new TB incidents in the same period has decreased.