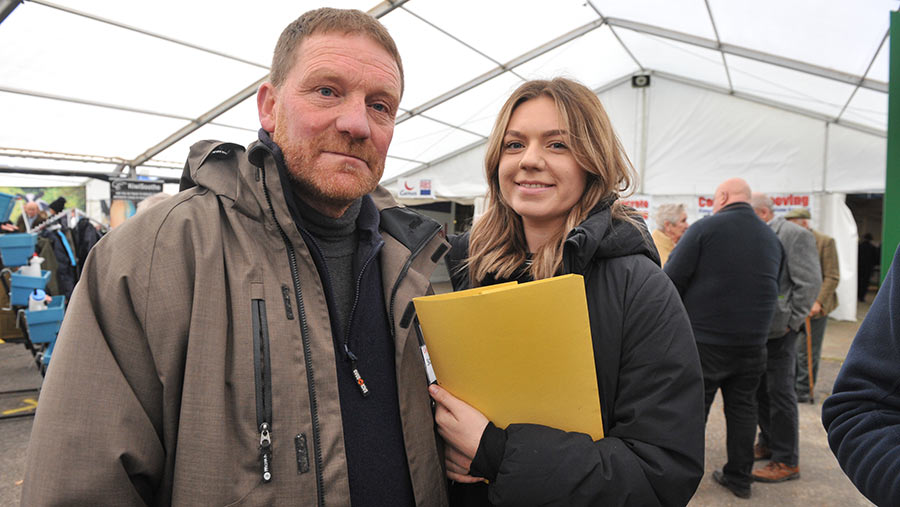 A Welsh dairy farmer whose milking herd has almost halved because of bovine TB says a disease eradication policy for herds considered high risk is leading to the unnecessary slaughter of thousands of cattle.

Chris Mossman has launched a petition calling on the Welsh government to pause its Enhanced Measures programme, introduced in October 2017 to control the spread of TB in herds with chronic breakdowns.

Under these measures, future tests in herds 18 months into a disease breakdown are carried out under severe interpretation and all inconclusive reactors (IRs) are removed for slaughter.

There is also a compulsory annual whole herd gamma test for chronic breakdown herds, with all failures removed for slaughter.

Mr Mossman, who produces milk at Nantybach, Llangrannog, in Ceredigion, hired a solicitor to challenge these rules.

In desperation, he and a neighbouring farmer, Keith Pugh, who is also subject to Enhanced Measures, collected signatures from farmers attending the Welsh Dairy Show at Carmarthen on 29 October.

Their petition calls on the government to pause the policy on IRs to review the evidence of its effectiveness.

“These measures have had a catastrophic impact on my business and life,” Mr Mossman told Farmers Weekly.

“We have lost 309 cattle since our breakdown in January 2016, including the 275 we have lost under Enhanced Measures. Our milking herd has reduced from 420 cows to 240.’’

The government confirmed this week that it was reviewing its Enhanced Measures policy “in line with Welsh government processes”.

A spokesman said the policy was introduced due to epidemiological evidence identifying IRs as a higher TB risk than animals that tested clear in persistent herd breakdowns.

But Mr Mossman suggests the policy has resulted in him losing large numbers of cows that were unlikely to have developed TB.

“Part of our mission is to warn other farmers of the detrimental effect that Enhanced Measures could have on their farms,” said Mr Mossman.

“We feel that many farmers don’t even know or appreciate what could happen should they find themselves in this unfortunate position.”