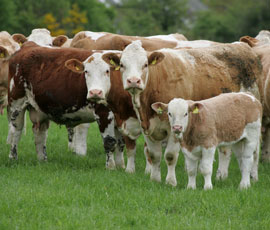 The fees paid to bovine TB valuers in Wales have risen by 154% in the last five years.

The disclosure has promoted Glamorgan milk producer Andrew R T Davies, the leader of the Welsh Conservative Group at the Welsh Assembly, to demand an explanation.

Mr Davies is calling on environment minister John Griffiths to make a ministerial statement on what he describes as a substantial rise.

He said the public was entitled to question why the costs had risen so much.

“Bovine TB represents a huge cost on the farming industry, both in a financial and emotional sense and fair levels of compensation are critical to maintaining industry confidence – but it is concerning to see such a sharp rise in the valuation costs,” said Mr Davies.