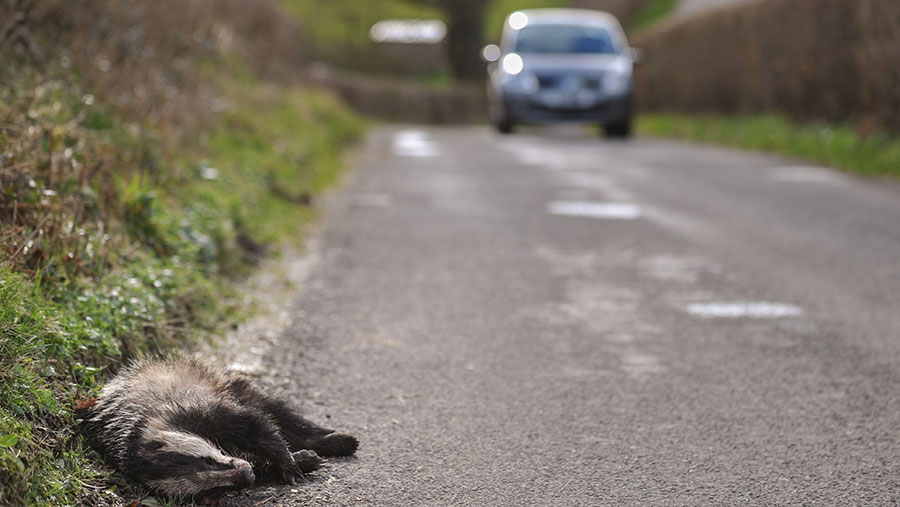 Farmers in Wales are being urged to take part in a government survey of badgers found dead to help tackle bovine TB.

The Welsh government aims to use the survey to build an accurate picture of the disease in wildlife, including where diseased wildlife are playing a part in its transmission, and where wildlife are healthy and therefore not implicated in cattle herd breakdowns.

NFU Cymru has strongly encouraged its members and the public to participate in the project, and said surveillance is essential.

Those who find a badger carcass should report its location by calling 08081 695 110. Ideally, a six-figure grid reference is required.

Alternatively, a road name or number can be phoned in, stating which side of the road the dead badger is on and any significant nearby landmarks.

The Wales Veterinary Science Centre in Aberystwyth has been commissioned by Welsh government to test for TB in badgers.

For a badger to be suitable for testing, it needs to be intact, not distended with gas, not flattened and not covered in maggots or flies.

During a Cheshire study in 2014 at least 20% of roadkill badgers tested positive for TB.

The results suggested the county, supposedly on the edge of infection, could have a higher level of disease prevalent than originally thought.

Last month, Defra reported the number of TB-infected cattle slaughtered in Britain between November 2016 and 2017 reached 43,590, up nearly 10% from the previous year.