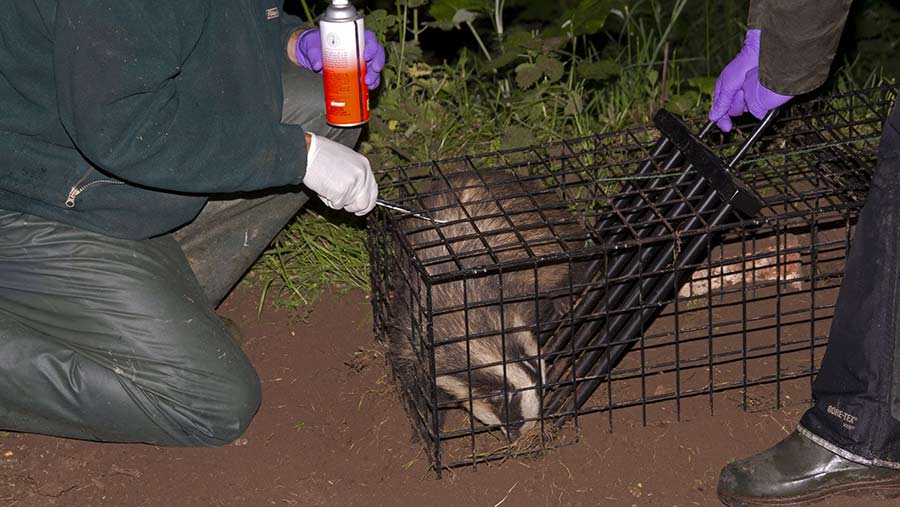 Wildlife Trusts in Derbyshire, Nottinghamshire, and Berkshire, Buckinghamshire and Oxfordshire have resumed vaccinating badgers against bovine TB in so-called “edge areas” in an attempt to control the disease without the need for culling.

The move follows the suspension of the official Badger Edge Vaccination Scheme in England early last year in response to a worldwide shortage of the BCG vaccine.

Wales suspended its vaccination programme at the end of 2015.

But these Wildlife Trusts have now secured a new supply of vaccine, having obtained permission from the Veterinary Medicines Directorate to import the InterVax TB vaccine from a Canadian company operating in Bulgaria.

Derbyshire Wildlife Trust says it has secured 200 doses and so far 30 badgers have been vaccinated, including 12 cubs, in the northern Peak District.

“We have checked with the World Health Organisation, which has confirmed there is no longer a supply issue with BCG vaccine for humans,” said Derbyshire Wildlife Trust’s living landscapes manager, Tim Birch.

Berkshire, Buckinghamshire and Oxfordshire Wildlife Trust is also trapping and vaccinating in a 15km sq area around Greenham Common in West Berkshire.

The Wildlife Trusts – of which there are 47 – say they are fundamentally opposed to culling badgers as a means of TB control, believing it can make the spread of the disease worse.

They also say vaccination is cheaper than culling, since they use a volunteer workforce, and they believe the policy is comprehensive.

“Having monitored setts using camera tracking, we are confident we have an accurate picture of the badger population, so know we have achieved 80% coverage in the setts we have trapped and vaccinated,” said Mr Birch.

Despite having opposing views on culling, the Wildlife Trusts have worked closely with the NFU and Country Land and Business Association to encourage farmer buy-in to vaccination.

“Vaccination is definitely part of the tool box in certain areas and it is good that we are able to collaborate with wildlife groups,” said NFU chief animal health adviser Catherine McLaughlin.

“But in places where we have large numbers of diseased badgers and cattle, we need a more holistic approach to eradicate the disease, and that means culling.”

Launched in 2014, the BEVS scheme was designed to co-ordinate the activities of different groups, including Wildlife Trusts, to create a buffer zone of healthy badgers in edge areas to help curb the spread of TB in cattle.

The scheme paid 50% of the cost of vaccinating, including providing expert advice and traps, and paid for the vaccine in full.

More than 1,330 badgers across 3,000ha were vaccinated before the BEVS scheme was suspended.

Defra plans to relaunch the vaccination programme, to be called BEVS2. A stakeholder meeting is scheduled for 17 July to discuss best practice and prepare for the roll out of vaccination more widely in 2018.