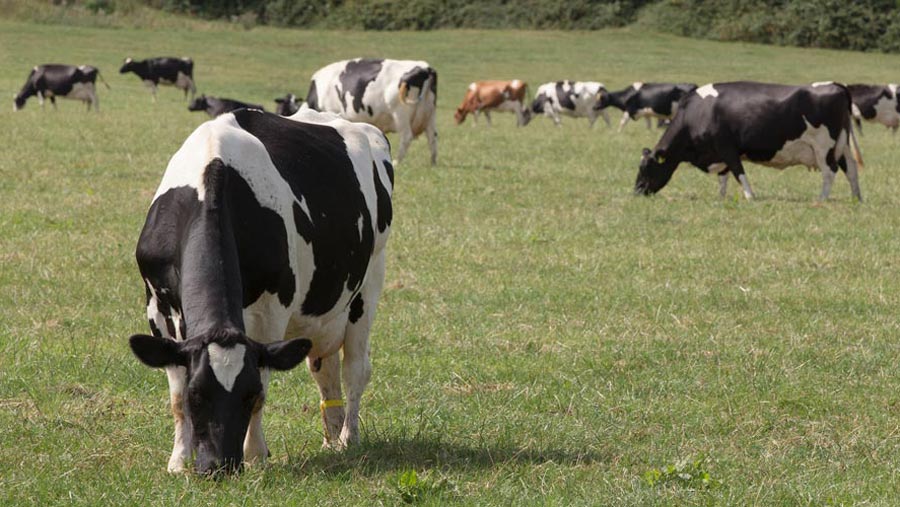 A single case of classical bovine spongiform encephalopathy (BSE) has been confirmed on a farm in Somerset.

The Animal and Plant Health Agency (Apha) said the infected cow died and has been removed.

Movement restrictions have been put in place in the area and investigations are under way to try to identify the origin of the disease.

“We recognise this will be a traumatic time for the farmer and we are on hand to offer advice through this difficult period,” said the UK’s chief veterinary officer Christine Middlemiss.

“The UK’s overall risk status for BSE remains at ‘controlled’ and there is no risk to food safety or public health.”

The disease was detected in the cow due to routine testing for transmissible spongiform encephalopathies (TSE) for fallen stock cattle.

“This is further proof that our surveillance system for detecting and containing this type of disease is working,” added Ms Middlemiss.

Confirming the case on Friday (17 September), Apha said it would carry out a thorough investigation of the herd, the premises, potential sources of infection – and it will produce a full report on the incident in due course.

The World Organisation for Animal Health (OIE) and trading partners have been informed of the case. However, this single case does not affect the UK’s ability to export beef to other countries.

The Food Standards Agency (FSA) said strict controls are in place to protect consumers from the risk of BSE, including controls on animal feed, and removal of the parts of cattle most likely to carry BSE infectivity.

“Consumers can be reassured that these important protection measures remain in place and that FSA official veterinarians and meat hygiene inspectors working in all abattoirs in England will continue to ensure that the safety of consumers remains the top priority,” said a spokesperson.

BSE is a brain disease of cattle for which there is no treatment. It can be divided into classical BSE and atypical BSE.

Classical BSE was first diagnosed in the UK in 1986. The human form of the disease, known as variant Creutzfeldt-Jakob disease (or vCJD), a fatal condition for which there is no cure, has been linked to eating contaminated meat.

Most experts believe BSE, also known as “mad cow disease”, is caused by feeding cattle feed made with meat and bone meal (MBM) from infected animals.

From 1986 through to 2001, a BSE epidemic affected about 180,000 cattle in the UK. About 4.4 million cattle were slaughtered to try and stop the epidemic, costing taxpayers in excess of £4bn.

During the crisis and the aftermath about 200 people died from vCJD.

Since 2014, there have been five sporadic cases of confirmed BSE in the UK. The latest case is the first since 2018, when the disease was found on a farm in Scotland.

All of these have been in animals which, as fallen stock, were not destined for the human food chain and posed no risk to the public.

How to spot BSE in cattle

Affected cattle do not usually show signs of BSE until they’re at least four or five years old.

Cattle with BSE may display changes in temperament (nervousness or aggression), manic kicking during milking or reluctance to allow milking, inco-ordination and difficulty in rising, head held low, tremors under the skin, or loss of body condition, weight or milk yield.

BSE is a notifiable disease. If you suspect it in your animals, you must report it immediately by calling the Defra Rural Services Helpline on 03000 200 301.