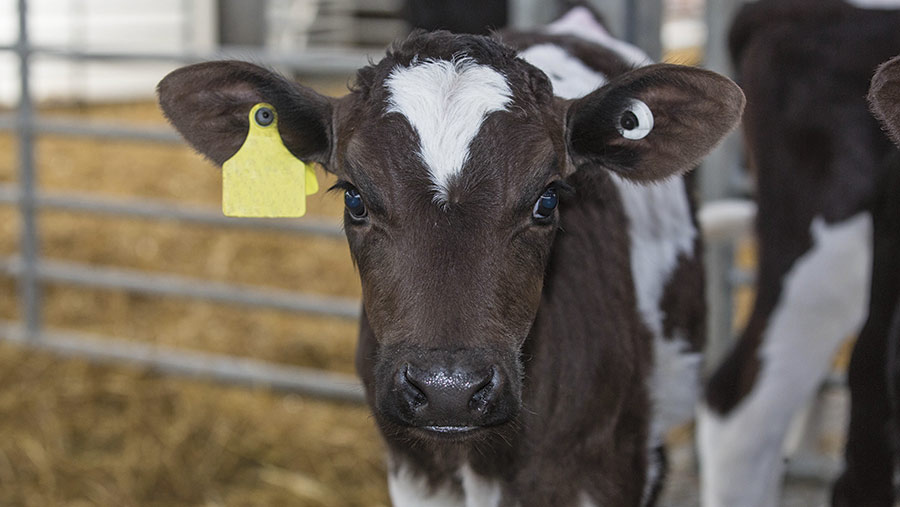 Cryptosporidium outbreaks in beef calves can cause weight losses of up to 38kg and cost producers up to £200 a case, research has shown.

Crypto is a parasite that causes scour and is spread via oocysts, which can survive in the environment for years unless properly cleaned. There is no vaccine to protect against it.

PhD student Hannah Shaw, from Moredun Research Institute, carried out an AHDB-funded trial in Scotland on a beef unit that had a history of clinical crypto disease and was suffering from up to 30% losses.

See also: How to prevent and treat cryptosporidiosis in calves

She compared calves with severe clinical disease to those with none, allocating each animal a score before 16 days old, depending on the severity of their symptoms.

These scores were then compared with weight gain over a period of six months, from birth to sale.

How the scoring worked:

At £2.70/kg liveweight (the average price that the farmer was receiving at the time of the study), a calf that was 38kg lighter would be worth £102.60 less than one with no clinical disease, Miss Shaw calculated.

“Disinfectants lose efficacy over time if they sit made up,” she warned, advising farmers to therefore use from fresh.