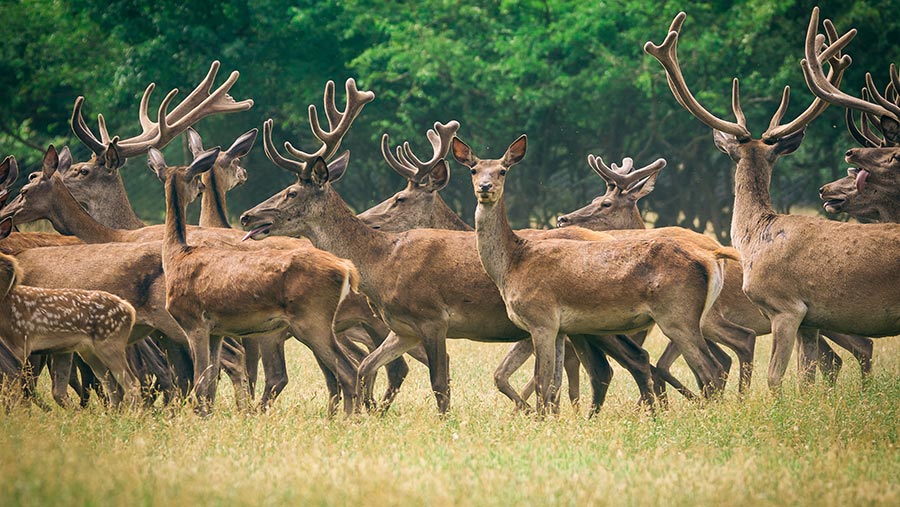 Research published in Frontiers in Veterinary Science used the actiphage test on 132 deer on four farms to detect disease carriers via blood sampling.

This means farms can use the test to screen animals before moving them to reduce infection spread, said study author Dr Cath Reese, of the University of Nottingham.

Previously, the main test used in deer was an antibody Elisa test, which detects the presence of MAP-specific antibodies produced by the animal in response to the infection.

However, commercially available tests are less successful at identifying animals in early stages of infection before they start shedding high amounts of bacteria.

Arden Farms, near Market Rasen, Lincolnshire, has screened its entire herd after finding Johne’s disease was lurking in older animals.

The farm isolated infected animals and removed the carriers to eradicate the disease.

It is the first farm to use the test for disease control on its 450-hind unit, after the University of Nottingham invited it to take part in the study for PBD Biotech – makers of the blood test.

Farmer Sarah Arden said that Johne’s can be in the herd for many years before animals show symptoms, adding that it was a difficult disease to diagnose before the actiphage test.

Mrs Arden said: “There is an Elisa test that can be used to diagnose Johne’s in deer that detects antibody responses. The sensitivity of these tests in the early stages of infection are not good, so it often only gives a positive result once the deer is showing clinical signs of the disease.”

The farm now uses the test to select animals, to ensure incoming animals are free from the disease.

Mrs Arden added: “We chose the deer for their conformation and temperament, and now we can select those without Johne’s.

“The vet can easily fit in the blood test along with other procedures to check the health of the animals.”