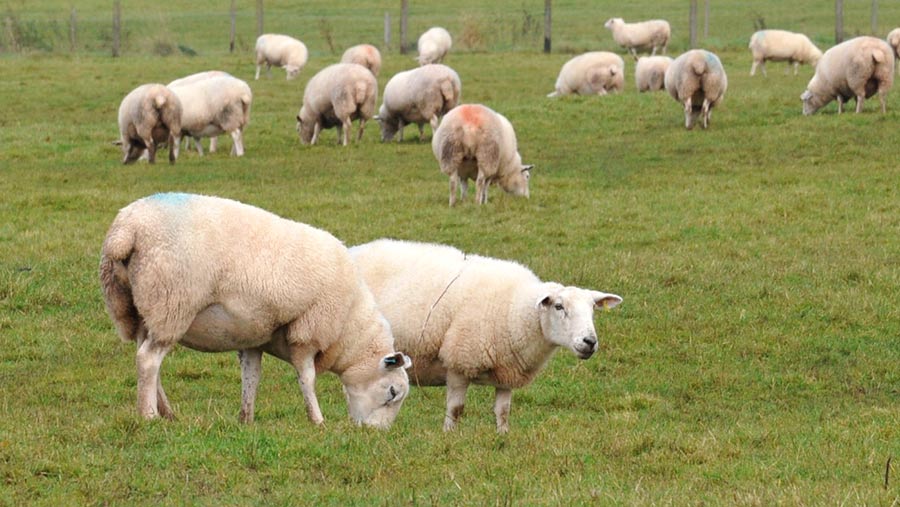 A Welsh farm has successfully tackled an infectious form of lung cancer in sheep with a radical scan-and-cull policy.

Ovine pulmonary adenocarcinoma (OPA) is caused by a virus which infects cells in the lung and leads to tumours.

At College Farm, Trefecca, Powys, the disease was first identified at post-mortem in sheep.

Father and daughter Peter and Nicola Drew were alerted to the problem after ewe mortality started to increase.

Nicola says: “In 2015 we noticed it was creeping up, I had a look on the AHDB website and read the expected level of ewe mortality in a lowland flock was 4-6%. Ours was 5% and that felt like a lot to me.

“There was a pattern of ewes going thin and antibiotics not working, one of the chronic symptoms of OPA.’’

Fluid also flowed from both nostrils of affected ewes when their heads were lowered, another indicator of OPA and post-mortem examinations confirmed the disease.

The disease can be transmitted via respiratory fluids as well as colostrum and milk. Best practice is to identify and cull out sheep with any sign of the disease as early as possible, and this was the advice of the farm’s vet.

The Drews first wanted to rule out other possible causes of wasting.

“We blood-tested a bunch of thin ewes, to make sure there weren’t any other underlying diseases, and we also had worm and fluke counts done,’’ says Nicola.

“They were completely clear of everything so we knew OPA was the problem and not anything else.”

From that point on, in 2016, a rigorous approach was taken to culling ewes suspected of having the disease.

“At one point our culling rate was 20% but it was a price we were willing to pay to have a healthy and productive flock,’’ says Nicola.

In the absence of an accurate laboratory test for the disease, ultrasound lung scanning is used as a diagnostic tool to identify tumours at an early stage.

This is the approach the Drews have now taken to help control OPA. “We had support through Farming Connect to scan the sheep,’’ says Nicola.

In 2019, a decision was taken to reduce the size of the flock, so the 240 ewes selected to be retained were all scanned.

“These were the fittest and youngest ewes and yet through scanning we still found six with small tumours,’’ Nicola says.

As they were not at the chronic stage, they were separated from the flock and fattened to maximise their cull value.

“There is a definite value in scanning and finding cases early enough,” she says. “The difference between a thin ewe and a fit cull ewe can be £40-£50. Also, if a ewe dies it costs us £15 to have it taken away.’’

Protocols are now in place at College Farm to reduce risk of infection further.

Buying in OPA-infected stock is known to be a major risk factor so the decision has been taken to rear replacements rather than buy in yearlings, as practiced previously.

Although rams will still have to be bought, these will be scanned before entering the flock.

Another risk is keeping sheep in close proximity to one another so ewes are housed for only a minimum period prior to lambing; this is weather-dependent but the target is no longer than two weeks.

The mineral requirements of sheep are now met through boluses rather than buckets to prevent the virus from spreading from respiratory secretions.

The detect-and-cull policy has resulted in a healthy and productive flock with ewe mortality at just 2%, from 3.5% in 2017.

Flock performance has improved too.

“When you are culling hard the overall productivity of the flock increases,’’ says Nicola. 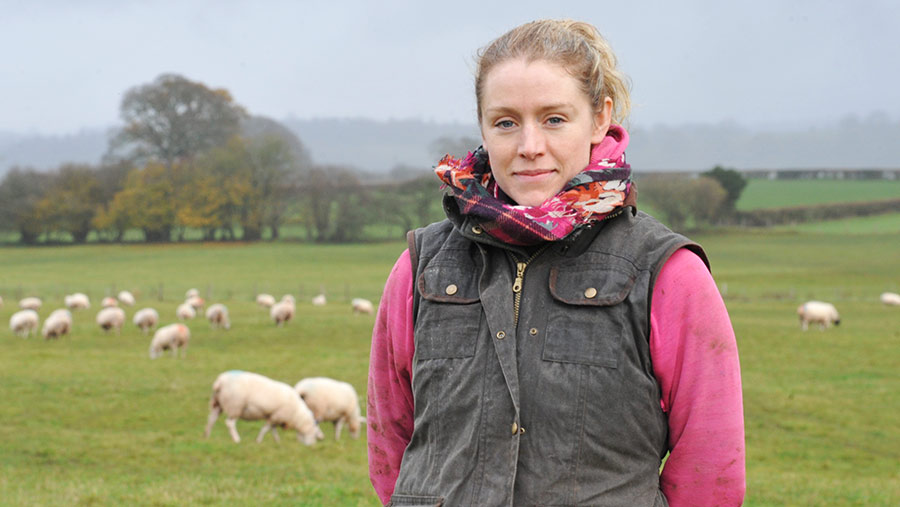 “It was difficult to cull so hard because everything we do is based on increasing numbers, but if we hadn’t taken this approach we would have continued to see an increase in mortalities and flock performance would have gone down.’’

There have been positive repercussions for lamb health too.

“A thin ewe isn’t able to look after her lambs as well as a fit animal,’’ says Nicola.

“We no longer have to help ewes or hold them back and if they are producing sufficient quantities of good quality milk it has an influence on a lamb’s performance for the rest of its life.’’

Ewe numbers have reduced from 600 to the 240 tupped this autumn.

This reduction has in part been due to higher rates of culling but also because Peter and Nicola decided to reduce flock numbers and disperse 130 Suffolk-cross Mules as they change their breeding policy and move away from producing early lambs.

“The Suffolk-cross Mules were run completely separately from our March-lambing flock and we had no OPA issues with those,’’ Nicola points out.

She says scanning will be undertaken annually – the cost can be quickly absorbed when balanced against the cost benefit of selling a good cull ewe.

Scanning is charged at an hourly rate, with about 40 ewes scanned in an hour.

“We can get £75 or so for a fattened cull ewe so that quickly covers the cost.”

Had she not dealt with OPA the situation would have regressed further. She urges other farmers to confront the problem, not only to remove disease from the flock but to lift productivity.

“It is easier to make improvements in the bottom performers than in the top end.’’